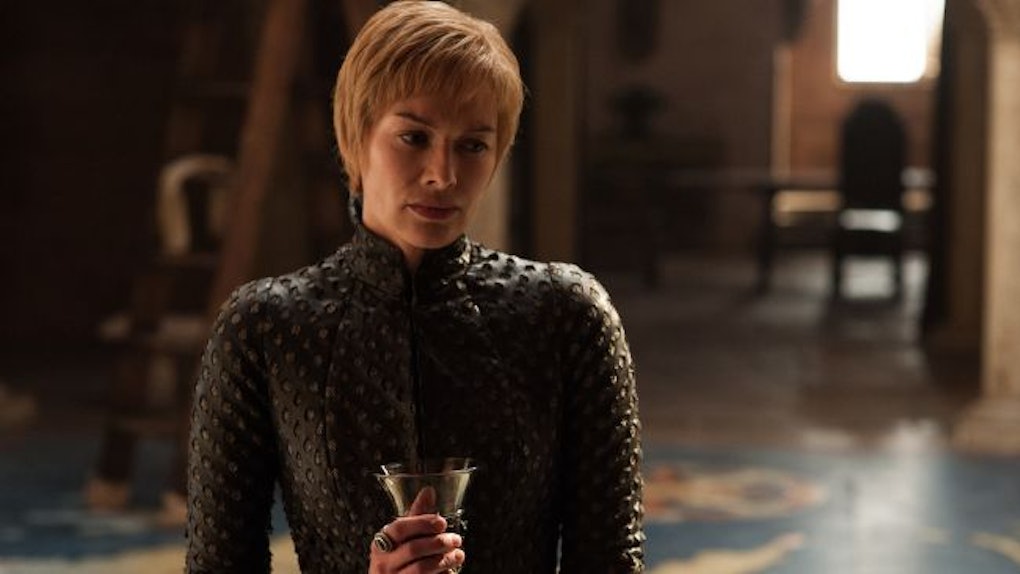 Will Cersei Kill Ellaria On 'Game of Thrones'? Here's What We Know

This week's episode of Game of Thrones handed Cersei her biggest prizes yet since becoming the first "Queen of the Andals." Euron brought her the remaining living Sand Snakes, youngest Tyene and mother Ellaria. Cersei was all too happy to accept them, and next thing we knew, they were down in the black cells, as Cersei gave Tyene a poisoned kiss using the same deadly substance that killed Myrcella in Season 5. But the scene ended with the two still alive, leading fans to wonder: Will Cersei kill Ellaria on Game of Thrones?

Checking in with Entertainment Weekly after the episode, Ellaria sand actress Indira Varma confirmed that though she did not die on screen, this was her character's last appearance. She is officially off Game of Thrones from here on out.

Varma says she loved the way her final scene played out:

It's really dark. What I love about this scene is you're reading it and from one sentence to the next you don't know what's going to happen — how Cersei is going to treat her victim. I just thought the delivery of that information was so clever. Especially since the kiss comes before the information.

She also likes that she didn't die on screen, even though originally she hoped she would. The idea that Ellaria would simply be left to rot, first watching her own daughter die slowly, and then to be trapped with the body as it decays day after day, year after year, is one of the most horrendous endings we've seen a character face on the show.

And, when it comes to Game of Thrones, that's saying a lot.

So for those who maybe hope that Bronn returns to King's Landing next week and magically saves Tyene from dying, or that when Dany does finally conquer King's Landing, Ellaria will be allowed out of jail, I'm afraid you're just out of luck.

The show clearly favored one Sand Snake above the rest (as Cersei says, there's no shame in that) and they gave Tyene perhaps the cruelest death of all. And Ellaria got a fate worse than death -- Cersei's ultimate revenge.