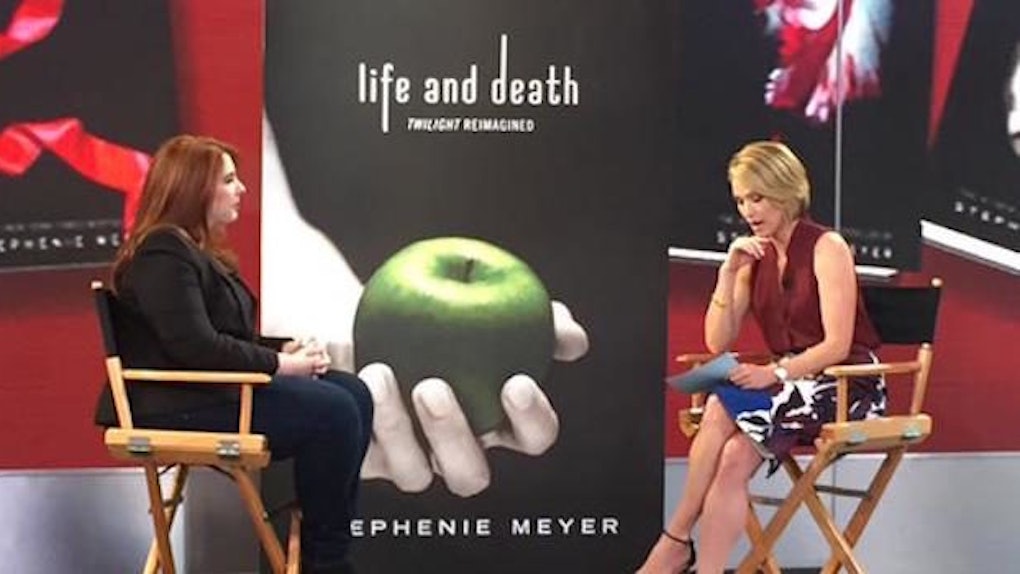 Bella And Edward Swapped Genders In This Awesome New 'Twilight'

In honor of the 10th anniversary of her first novel in the "Twilight" series, Stephenie Meyer decided to rewrite the story by swapping the genders of the protagonists, Bella and Edward.

In this new version, Bella's character will be a guy named Beau, and Edward will be a lady vampire named Edythe. The book is called "Life and Death: Twilight Reimagined."

As you can see below, the cover looks very similar to the original, except now the apple is green instead of red. Ooooooooo, that's deep stuff right there.

In the book's forward, Meyer shares she felt compelled to rewrite the story because critics considered Bella Swan "a damsel in distress." Meyer hopes to battle gender stereotypes by switching the genders while telling the same story.

In a recent interview on "Good Morning America," Meyer said, "It really is the same story... It's just a love story. It doesn't matter who's the boy and who's the girl. It still works out."

"Life and Death" is available in hardcover and e-book today. If the book really is the same story, I can't wait to meet Beau and Edythe and relive the magic. Beau, you better be ready to have your life flipped upside down, bro. It's gonna be one hell of a ride.