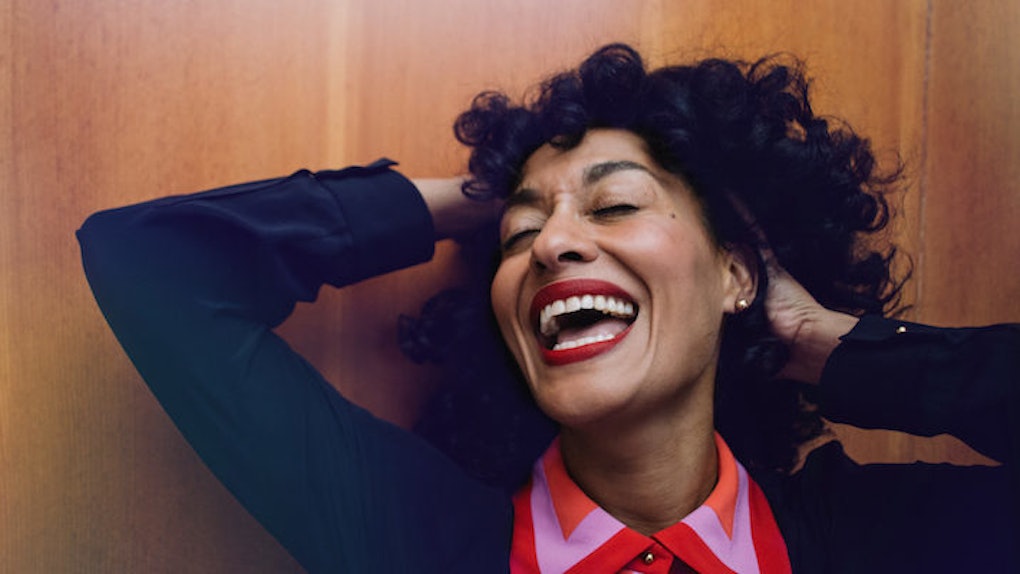 March is the time of year we come together to recognize the accomplishments of women in history, discuss their heroic pursuits and, of course, celebrate what's next for women in the future.

It feels like now, more than ever, women feel empowered to step up and challenge the status quo. That's why Special K just launched its Nourish Your Next" project to celebrate "get-after-it, bring-it-on, ready-for-what's next women, and nourish what they have their sights set on next."

"Black-ish" star Tracee Ellis Ross partnered with the project to recognize women and help them move forward in terms of what's next. To kick it off, Special K brought to life photographer Kate T. Parker's Strong is the New Pretty series at a premiere gallery event.

I was able to sit down with Tracee to discuss her partnership with Special K and what she hopes young women can gain from this project.

When asked about what compelled her to get involved, Tracee explained it was a really natural, collaborative fit for her. She shared she really responded to the word "nourish." She said,

The name of the cereal in itself had so much action to it, and it was so much of a match to how I live my life... and this idea that they were taking a cereal and amplifying that message on a larger scale and taking the opportunity to recognize and celebrate women and how they're nourishing themselves... it really gave that a voice and a story around it. I think it's fantastic and I was happy to involve myself in recognizing and celebrating women.

Tracee also said she enjoys the way social media is utilized to create a conversation and get women to share #whatsnext for them and how they're nourishing their souls.

Tracee mentioned one of the ways she actively shows love for herself is through eating. She explained,

Tracee is not only the ambassador of the project, but she was also one of Kate T. Parker's models. The actress was featured in the gallery along with photos of Parker's daughters and other strong women in her life.

Parker's work aims to change the dialogue and expand our definition of what it means to be a woman. I asked Tracee what it was like to model for Parker and become part of the series. She told me,

Often as an actress, the photos that you end up taking are about hair and makeup and glamor and all of these other wonderful parts of what it is to be a woman... but Kate's photos were really about capturing other parts of me... The strength that I have inside, and how I nourish my joy both in expressing myself fully and by being still and quiet... by allowing myself to laugh, and giggle, and share that joy in an expressive way... and she was able to capture that.

Tracee, with her voice, and Parker, through her photographs, came together to celebrate women so all females can be seen and see themselves.

When asked specifically about what she wants young women to know, Tracee's message was simple:

Ponder the word 'nourish' and what that means to you... because nourishing yourself, your soul, really has to do with knowing yourself, accepting yourself and knowing what you need to be your best self.

So #whatsnext for Tracee? Well, she'll be hosting BET's "Black Girls Rock!" award show for the second year in a row. She also plans to "nourish" the peaceful and quiet parts of herself by resting because she just wrapped up another season of "Black-ish."

The comedian has had quite the successful year, but what's her greatest accomplishment? She said,