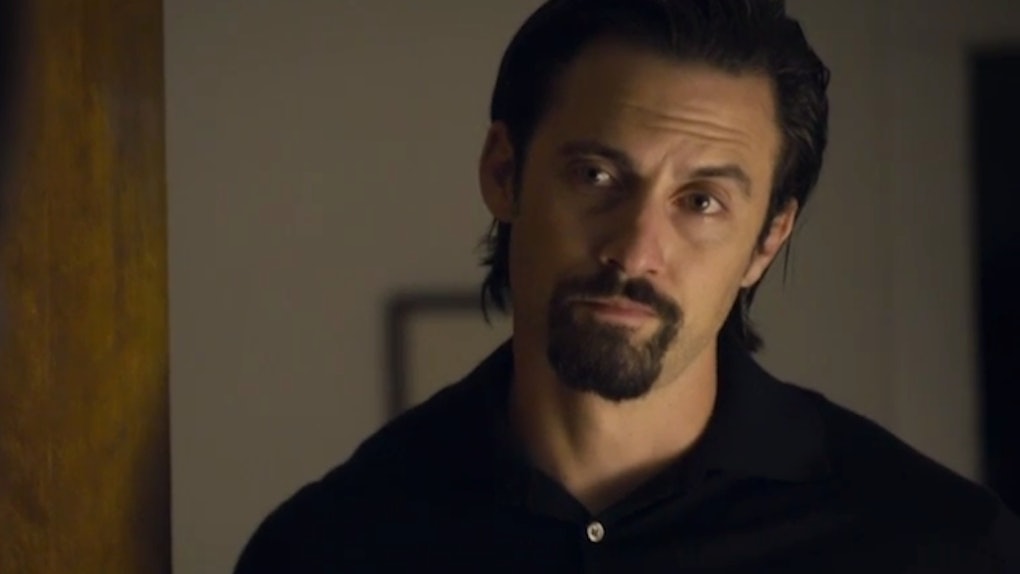 After making us wait all summer to find out how Pearson patriarch Jack died, This Is Us finally returned to reveal the truth about Jack's death in its Season 2 premiere on Tuesday night. Or, at least, it kind of did. Though the end of the episode showed Jack's wife Rebecca Pearson breaking down in tears outside of a burned down house, some viewers weren't so easily convinced that we have the full story about Jack's death. In fact, the episode spawned some Jack didn't die in the fire theories that are pretty convincing!

A few fans pointed out that Jack's belongings in Rebecca's car don't appear to be burned or charred, which is pretty suspicious if Jack did die in the house fire. The scene where Rebecca drives to the house is also supposedly set after she has already found out about Jack's death (since she has the belongings), but her reaction to the burned down house made it seem like this was the first time she was seeing it. That makes it seem more likely that Jack made it to the hospital and died there after the fire. Rebecca may have been able to reconnect with Jack one last time before he died in the hospital. Check out the theory from Reddit below.

This is actually one of the many interesting theories fans have come up with to help make sense of Jack's death. Though it appeared the show had finally answered the highly anticipated fan question over Jack's death with that image of the burned down house, there's still a lot of details open for interpretation that I'm sure the show will clear up in coming episodes. Another popular theory popping up in the fandom involves Kate's involvement in the fire.

In an attempt to explain why Kate is the child who still seems most affected by her dad's death in the present day, and her guilt over the death, many fans are theorizing that Kate had more to do with the house fire than Tuesday night's premiere episode showed. Most people are assuming either that Kate accidentally started the fire, or that she was still in the house when the fire started and Jack died saving her life. An even more specific (and in my mind, likely) theory is that Jack died while attempting to save the family's dog from the fire, at Kate's request. This would explain both Kate's guilt over her father's death as well as the strong attachment we've seen between her and the dog.

Though these theories make a lot of sense and would explain a ton of things we've seen in the Pearson family, other fans aren't convinced anyone outside the This Is Us writers' room are going to be able to accurately predict what really happened to Jack. The show has already proven that it has a knack for faking out its audience, when the first season finale ended with the impression that Jack would die while driving drunk to one of Rebecca's gigs at Kate's urgings. Of course, now we know that's not how Jack died — so could this burned down house be another one of those fake-outs?

After all that wait for the big reveal, This Is Us fans are still stuck in a guessing game over how Jack Pearson really died after that Season 2 premiere. But hey — at least now we know a lot more about the incident than we did before. Whether he died in that house fire or sometime afterward, we know that was definitely the day that he died. I'm sure the rest of the new season will fill in all the details soon enough.