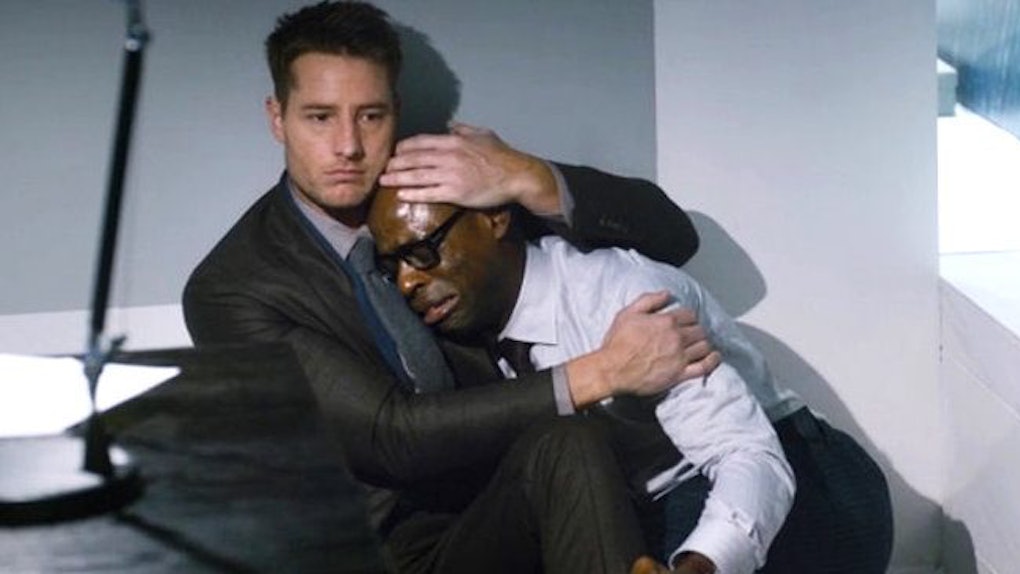 The first season of This Is Us became the biggest hit series to premiere last year, and the ensemble drama is gearing up to make just as big a splash with its upcoming second season. The This Is Us Season 2 promo poster was just released, giving fans their first look at where the Pearsons are at in the new season. The poster shows the series' various main characters in vastly different emotional states in a grid, also featuring our first look at the teenaged versions of Kevin, Kate, and Randall.

The poster offers some welcome, uplifting looks at the Pearson clan, following a rather depressing end to the first season. As a reminder, the Season 1 finale included a heaping helping of grief for viewers, as Kevin bid farewell to Sophie for a movie role, Randall quit his job and found out his father William had died, and Kate tearfully admits she feels responsible for her dad's death. But perhaps most heartbreaking of all for fans of the show is the rift in Rebecca and Jack's relationship, and the inevitability of Jack's death coming in the new string of episodes.

But in the new Season 2 poster, most of the Pearsons look super happy. Kevin is back with Sophie and has a huge smile, and Rebecca and Jack look like nothing horrible happened between them at all. Heck, even William is back and grinning with Randall's kids. But the crushing sadness This Is Us has become known for comes in the stills of Kate, who is crying in Toby's arms, and Randall, who is being consoled by Beth.

The emotion-filled poster is actually a perfect representation of the hit drama, which has come to be known for its penchant for blending joyful family moments with heartbreaking, cry-inducing scenes for viewers. Season 2 of This Is Us will premiere on NBC on Sept. 26.