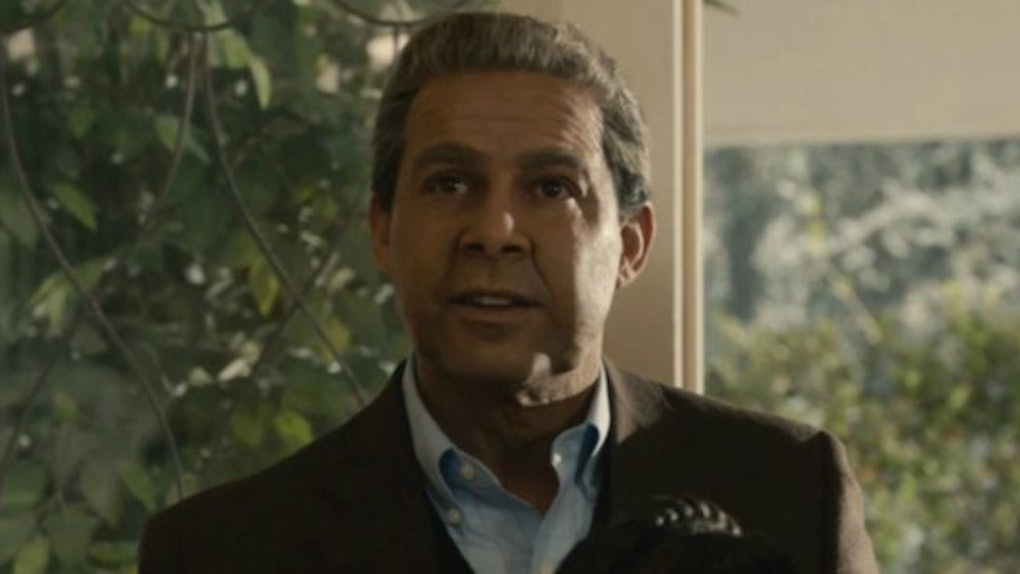 Gather round, folks, it's time for me to destroy your emotional well-being. In a year that's seen some excellent television, I think we can all agree on one thing: This Is Us is the most heartbreaking show on the air right now. Period. Watching the trials and tribulations of the Pearson family every Tuesday night this past television cycle was gut-wrenching, but, somehow, we just kept coming back for more. As we gear up for Season 2 of the Emmy-nominated drama to begin next month, a This Is Us theory about Miguel has surfaced to prepare us for the kind of heartbreak we will inevitably experience week after week as we check in with Rebecca, Jack, Kate, Kevin, and Randall.

Of course, if you're a fan of the show, you know that *spoiler alert* Rebecca and Miguel are married in the present day episodes, and you've probably wondered how/why this happened and why we never see much of Miguel's family in the present day (he had a wife and children prior to marrying his best friend's wife). Well, according to a theory suggested by Redditor marysssmith, this is because... wait for it... Miguel is actually Kate and Kevin's biological father. *GASP*

The theory poses the idea that Rebecca and Miguel had a one-time hook up before the Big 3 were born that resulted in Rebecca getting pregnant. Because they both cared for Jack so much, they decided to keep it a secret and move on as if Kate and Kevin were Jack's and were conceived in the bathroom during the Super Bowl.

Of course, if this is true, it could explain Rebecca and Miguel's marriage in a way that makes it easier for us to understand how the eff it ever could've happened (not that it makes us any less pissed at Miguel). But, that aside, we're still left wondering where the heck Miguel's family is. According to the theory, Miguel's kids know about his brief affair with Rebecca, which means they know about their half-siblings and have estranged themselves from him as a result, which is why we don't ever see or hear about them.

Ultimately, marysssmith's theory points to how this could be a setup for a much larger Miguel storyline in future seasons of This Is Us where we'll meet his children and their connection to Kate and Kevin will finally be revealed. All I know is, true or not, we're in for some seriously emotional episodes this upcoming season, and I didn't think it could get much worse than Season 1.