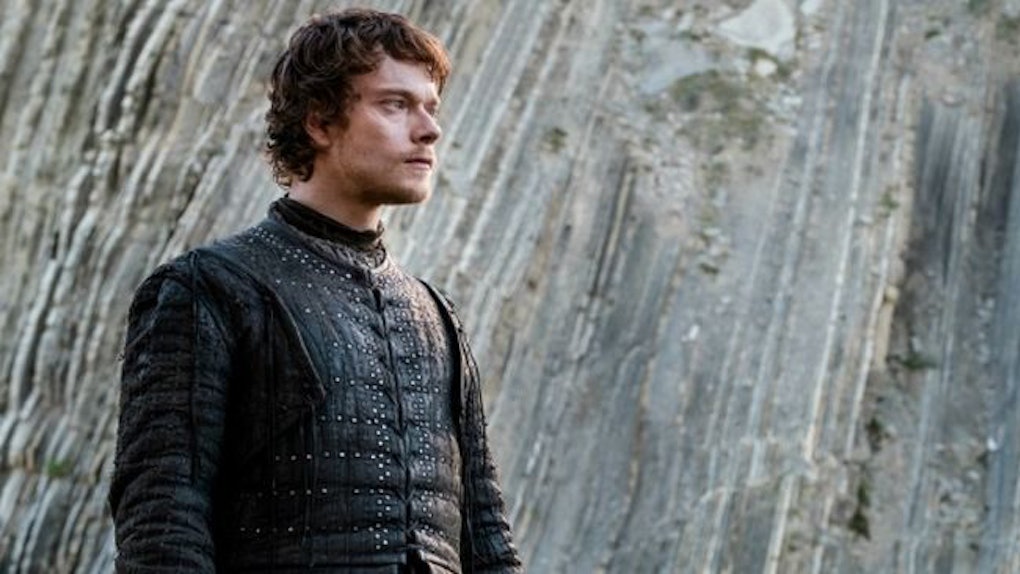 Where Is Theon Going? The Greyjoy Decides To Rescue His Sister Yara

This post contains spoilers from the Game Of Thrones Season 7 finale. With only seven episodes this season, Game of Thrones has cut things a little tighter in places than they might have originally. One of those places is Dany's allies: The Sand Snakes were unceremoniously killed off and Yara Greyjoy was basically disappeared once kidnapped. So did Theon, once he arrived back in Dragonstone. Where's he been? Turns out he's been gathering his strength. When he returned in the finale, it was with new resolve. Especially once he learned his sister was alive: Theon decides to go rescue Yara.

Theon did seem to think for a moment that Daenerys might come with him, but she's got much bigger fish to fry, which was very clear during the war room session in the Chamber of the Painted Table. But though Theon seemed interested in the plan, learning Yara was alive was too big a dealbreaker for him. She had tried to rescue him when he was captured by Ramsay, even if Theon had been so brainwashed as to ruin it. But he never forgot. He can't go North with them. He has to find her and return the favor.

I think Jon spoke for everyone: "Why are you still here talking then?"

If only it were that easy. Jon doesn't know everything about what Theon went through or if he does, he doesn't really care about his reduced circum... stances. But the Ironborn do. And they care. They care a lot. Harrag and the men who rescued Theon after he jumped aren't just going to follow him to rescue Yara. Not without Theon proving himself.

To be fair, when the fistfight started, it seemed almost hopeless. Theon isn't really cut out for this anymore, and his Reek twitching is still a factor.

But for those who feared Yara had failed, that she hadn't managed to bring Theon all the way back, rejoice. Theon is back, somewhere deep, where it counted. Seeing him stand up and fight Harrag and win might seem like a small victory in the grand scheme of things. But when it comes to someone as damaged as Theon, it's those small moments that break through to the big ones.

Go on Theon, go and rescue Yara. We'll see you again in Season 8.