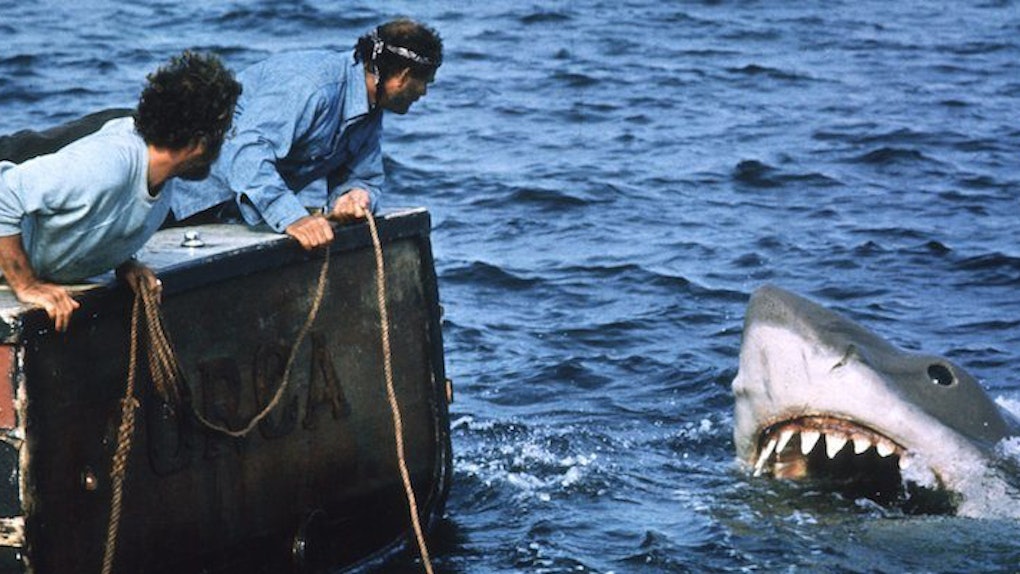 The Science Of Shark Week: How Humans Are Endangering The Species

What’s one thing Shark Week needs more than anything else? Well, sharks.

There cannot be a Shark Week if humans continue to kill sharks and destroy their marine habitats.

Considering one in four of every shark and ray species is threatened with extinction, Shark Week needs to revere the magnificent fish, not demonize them. And, relying on science is the best way to accurately portray the creatures.

Marine biologists and scientists around the world have repeatedly said accurate, science-based reporting is necessary to show the truth about sharks today.

Fortunately, The Discovery Channel is using more science in this year’s Shark Week than ever before.

Howard Swartz, who recently took over as head of development and production, told NPR:

"This year we're focusing quite a bit on research and science, more so probably than we have in the past."

The Discovery Channel has claimed it will no longer produce documentaries based on fiction (like the infamous Megalodon show that aired two years ago).

"We've toyed with a lot of different types of storytelling over the years. "And I just think now in a forward-looking direction, I think we want to focus more on the research angle."

The research angle includes everything from the very slim chance of being attacked by a shark to the horrendous practice of shark finning.

With regard to shark attacks on humans, know they are rare. No matter how often news outlets report on the increased attacks off North Carolina shores, there are many complex factors that govern shark attacks, which cannot be told during a 30-second news clip.

Most factors behind attacks are human-driven, like climate change and increased human populations swimming off popular tourist destination shores.

So can we finally drop the drama and get to the serious, underlying issues for sharks today?

Shark finning is way scarier than your "Jaws" nightmare.

Fishermen killing sharks just for their fins and people buying shark fin soup (an Asian delicacy) are much scarier prospects than the chance of being attacked by a shark.

Focusing on these stories of atrocities committed by humans more accurately portrays sharks’ lives today than fictional accounts of a mega-shark or of one shark attack.

Stories on efforts to combat the shark fin trade should be praised. For example, Texas recently banned all shark fin trade in a monumental decision signed by Governor Greg Abbott.

This makes Texas the 10th state to ban the shark fin trade, but it’s even more important because much of recent trade traffic in the US had shifted to Texas due to other states’ bans.

For the world’s oceans, Shark Week is every week.

Sharks need our help, and the help of The Discovery Channel to “make them reality TV stars,” in the best of ways.

If we want to continue to gawk, shriek at and praise the incredible creatures, along with their spectacular marine habitats, we need to protect sharks and marine ecosystems; we need to be conscientious consumers and share stories based on facts.

My personal story: I’ve been scuba-diving with hundreds of sharks before and never once felt threatened. Sharks do not naturally prey on humans.

Say no to shark fin soup; tell your friends, and most importantly, continue to make an effort to mitigate climate change, since that is the biggest threat to shark habitats.

Cheers to a star-studded Shark Week of healthy and thriving gorgeous sharks.