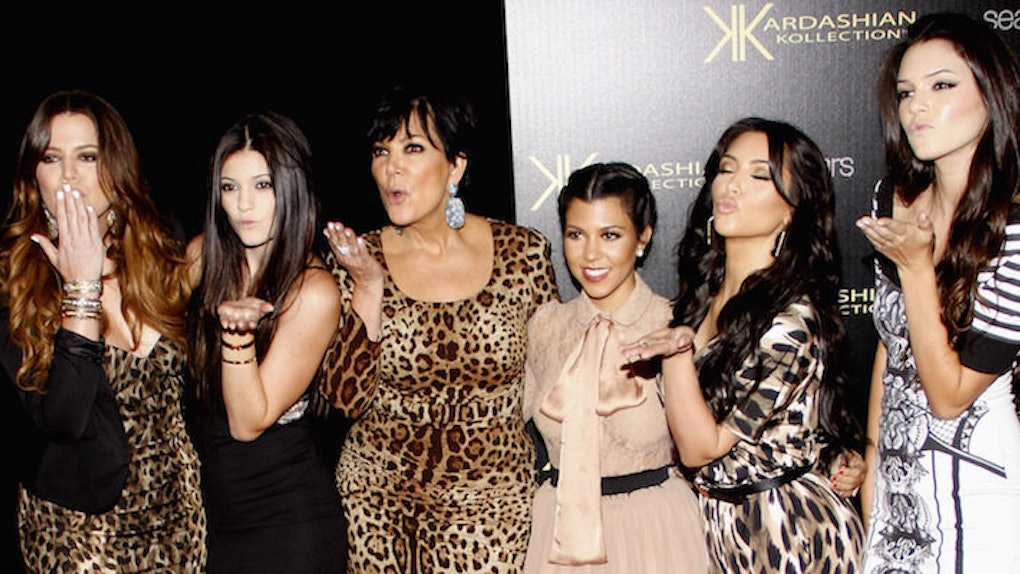 The Kardashians Reveal Why They Didn't Congratulate Rob On His Engagement

Sunday's episode of “Keeping Up with the Kardashians” sheds a little light on the family's reaction to brother Rob Kardashian's engagement to Blac Chyna.

Rob failed to inform his loved ones when he asked Chyna to marry him, so the Kardashian/Jenner crew apparently discovered the news online with the rest of us plebes.

This slight kept the sisters from exchanging congratulatory tweets with the couple, and, in their show's latest episode, Khloé, Kourtney, Kim and Kylie express their frustration.

While getting made up, Khloé asks hers sisters,

YEAH! WHOEVER FOLDS FIRST AND EXPRESSES JOY OVER A FAMILY MEMBER'S LONG-AWAITED HAPPINESS GETS STONED IN THE SQUARE FOR WEAKNESS!!!

Kylie, wise beyond her years, reads a tweet from Tyga wishing the couple well and downplays the drama of the situation.

In a confessional, Kylie tells viewers,

I just feel like the world thinks that we care so much and they're making it this huge, big deal when, in reality, none of us really care. We just want Rob to be able to tell us when he's gonna do something so big like this.

Citations: Khloe Kardashian Says ''No One Should Congratulate'' Rob & Blac Chyna on Their Engagement: ''That's So Desperate and Fake'' (E! News)