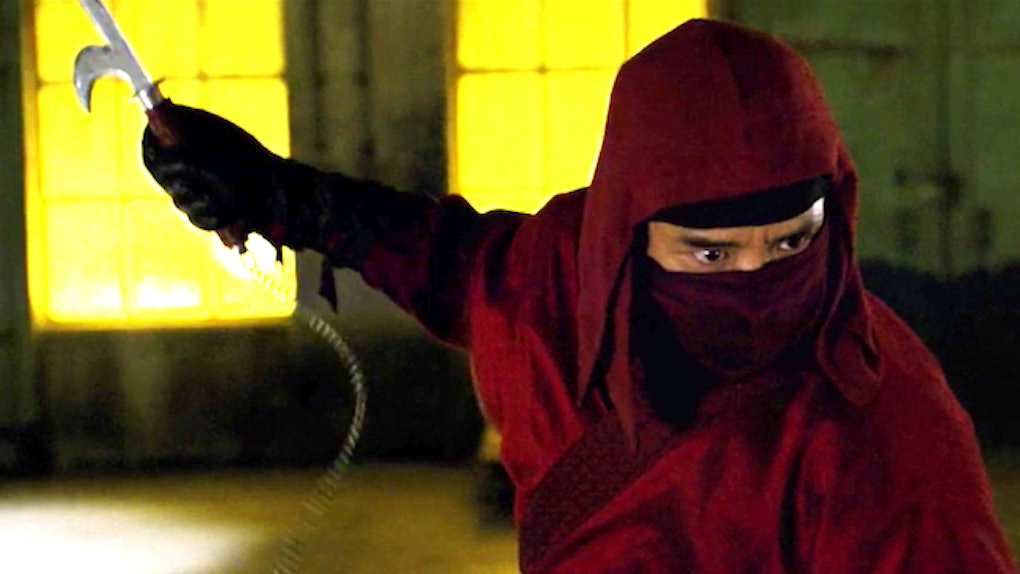 What Is The Hand On 'The Defenders'? Here's What You Need To Know

With all the Marvel superheroes coming together in The Defenders, they need a big bad that's powerful enough to hold its own against the combined forces of Daredevil, Jessica Jones, Luke Cage, and the Iron Fist. Of course, anyone who's seen the four standalone shows knows there was no better candidate for the major villain than The Hand, the insidious order of mystical ninjas and crime lords who have already come against Matt Murdock's Daredevil and Danny Rand's Iron Fist. Before you jump into The Defenders on Friday, Aug. 18, here's your refresher on everything you need to know about The Hand.

As I mentioned above, The Hand has already popped up in two Marvel series before The Defenders: Daredevil and Luke Cage. In Daredevil, The Hand is predominantly represented by Nobu Yoshioka, a member of the ninja-trained conglomerate who is tasked with bringing a mysterious man or woman named Black Sky into New York City in order to lead The Hand in their villainous efforts. When Nobu is killed in the first season, we learn The Hand has powers over life and death when they resurrect him to bring about a new Black Sky. When last we saw The Hand, Stick had beheaded Nobu after the ninja succeeded in killing Daredevil's new ally Electra. And it looks like The Hand has scary plans for Electra, as we see them resurrecting her.

The Hand was also the main antagonist in Iron Fist, as we learn they infiltrated Rand Enterprises, using Danny Rand's corporation as a front to smuggle drugs into New York and recruit new members into their ancient evil order. Rand learns Madame Gao is a senior member of The Hand, and he goes up against Bakuto, a leader of one faction of The Hand who recruits orphaned children to the organization.

Though Iron Fist and Daredevil are each able to make a dent in The Hand, the evil organization is still around and incredibly powerful. In The Defenders, we'll finally meet the most powerful member of The Hand yet in the new character of Alexandra, played by Sigourney Weaver. Alexandra's role is still a mystery, but if she's high up in The Hand, she will definitely be the most dangerous foe we've seen any of our heroes come up against.