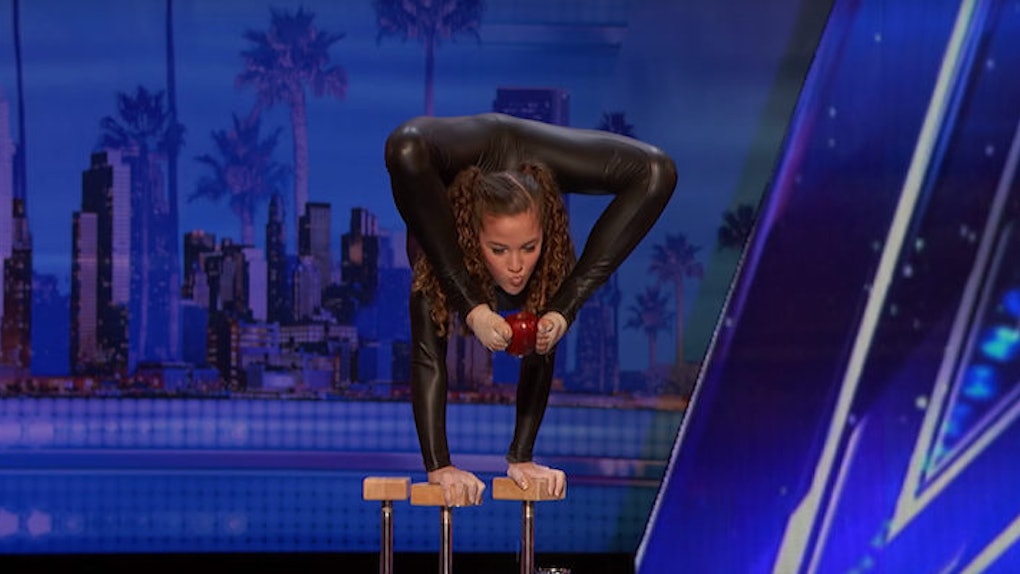 This Teen's Insane Contortionist Skills Will Leave You Seriously Twisted

Ever taken a yoga class and been seriously blown away by the instructor twisting her body into a pretzel? One teenage contortionist's insane skills will give you that same mind-blowing reaction... times a thousand.

Sofie Dossi, a 14-year-old contortionist, impressed the "America's Got Talent" judges on Tuesday's episode with a routine that is truly brain-bending. In a clip that's been viewed over ten million times on Facebook, Dossi folds her body in half and contorts her limbs into the most painful looking positions with a big smile on her face.

It's fascinating to watch, but also kind of torturous. Dossi really drops the mic when she bends her feet up over her head and shoots an arrow across the stage, hitting the bullseye head on. At that point, you're probably not a real human unless your jaw hits the floor.

The craziest part about this story? Dossi told the judges she decided to try out contortion after watching a YouTube video of it and quickly fell in love. How's that for following your dreams?

You won't believe it until you see it, so do yourself a favor and watch the video above.