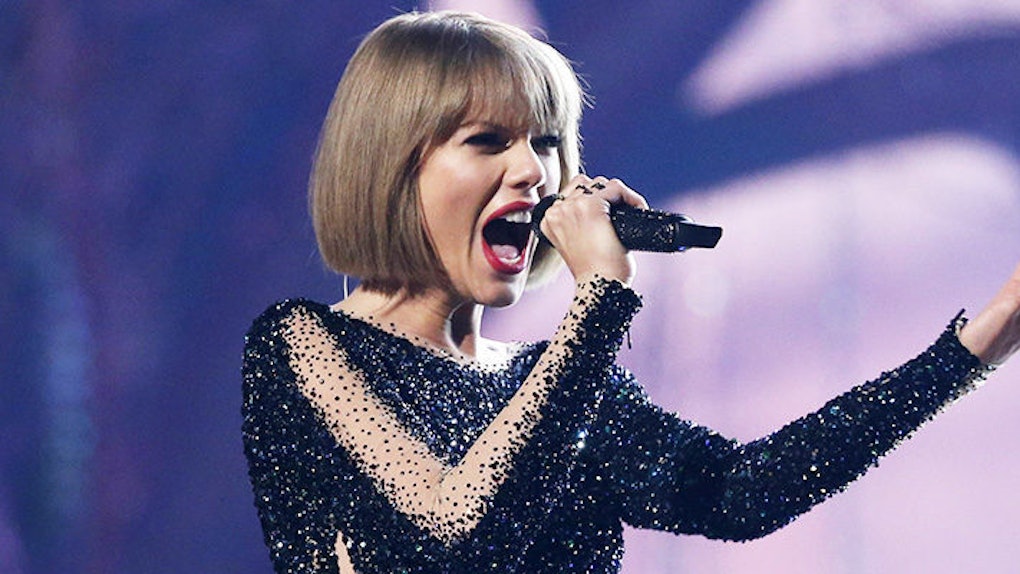 Forget the movie, Taylor Swift might be one of the greatest wedding crashers of all time.

On Saturday night, the 26-year-old singer showed up at a wedding ceremony in New Jersey where she totally surprised the bride and groom, Kenya Smith and Max Singer.

Of course, it wasn't long 'til Swift hopped on a piano and started playing "Blank Space."

The song holds significance for the couple, too. Max's mother died recently, and he and Kenya had actually wed in the hospital so his mother could see it, according to PEOPLE.

The report also said Max and his mom danced to "Blank Space." In April, Max's sister, Ali, reached out to Swift and told her the story.

Two months later, Taylor Swift was on the Jersey Shore with a big surprise.

Swift also made a special card for the newlyweds, commemorating their marriage with a line from the song she performed.

If anything, Taylor Swift's wedding crash shows no matter what's going on in her own life, she's still a big fan of love.

Citations: Taylor Swift Surprises Fan with a Special Performance of 'Blank Space' at His Wedding (and Gave Him a Handmade Gift) (PEOPLE)