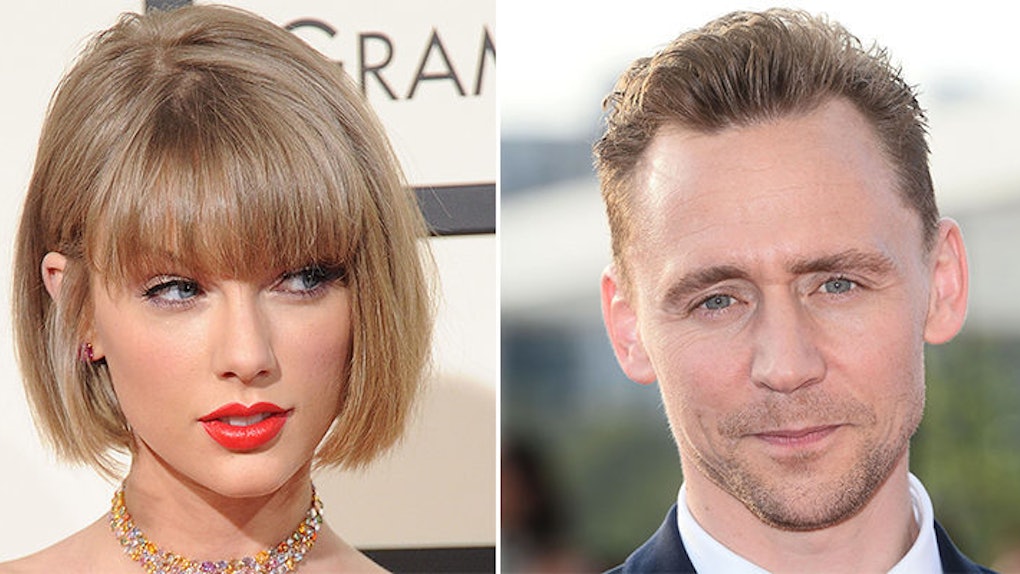 Two weeks into their budding relationship, Taylor Swift and Tom Hiddleston are now a serious item. On Sunday, they were spotted canoodling and taking long walks on the beach in Suffolk, England.

Where in the world are Taylor Swift and Tom Hiddleston today? From the looks of a T Swift fan's Instagram account, it seems they're checking out the sights at the Colosseum in Rome. Can you spot them in the picture below?

Clearly, they're on their own version of "Roman Holiday," and they couldn't be cuter. With a few more photos of them holding hands at various landmarks, we could start our own line of Hiddleswift postcards.

Previously, this adorable duo was seen in Rhode Island, New York City, Nashville and London. Where in the world could they possibly go next? My best guess is they'll be breaking baguettes in the French countryside or maybe lounging on the beach on some gorgeous Greek island.

But who knows. They could always throw in a wildcard destination like Siberia or a gas station supermarket in Waco, Texas. We'll just have to wait and see.

Citations: Taylor Swift and Tom Hiddleston Now on a 'Honeymoon' in Rome (Elle)