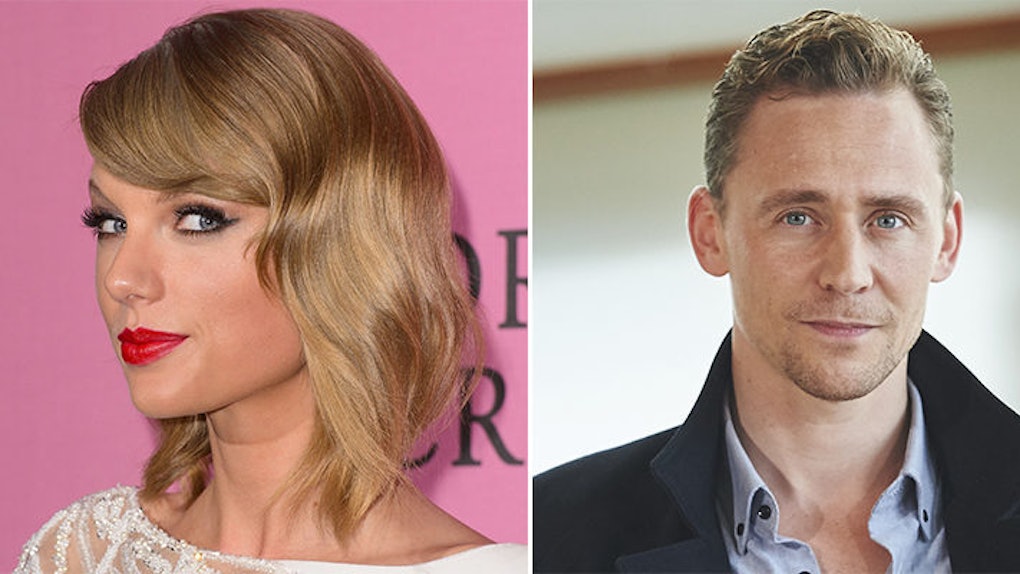 This is how you know Taylor Swift and Tom Hiddleston are serious.

The new couple has been a on tour de force over the past couple days, which included a stop for a night out in Nashville, Tennessee on Thursday night.

Of course, this being 2016, Taylor and Tom were snapped holding hands with each other while sipping on drinks.

According to Entertainment Tonight, the pair even went to meet Taylor's parents afterward before boarding a plane to fly to the UK.

Now, not only does it appear that ET's report was correct, but it's clear what the purpose of their trip to London was: It was Taylor's turn to meet a potential in-law.

Here's a picture of T Swift, Tom and his mother walking together like one happy family.

According to Daily Mail, the 26-year-old singer took Tom on her private jet for the trip across the pond. During their visit with his mom, Diane Hiddleston, they were accompanied by five bodyguards, the Mail reported.

And for however fast that jet was moving, it couldn't have been flying quicker than the two stars' relationship. They've been together for a matter of weeks and have already met each other's parents.

That's how you know they're for real.