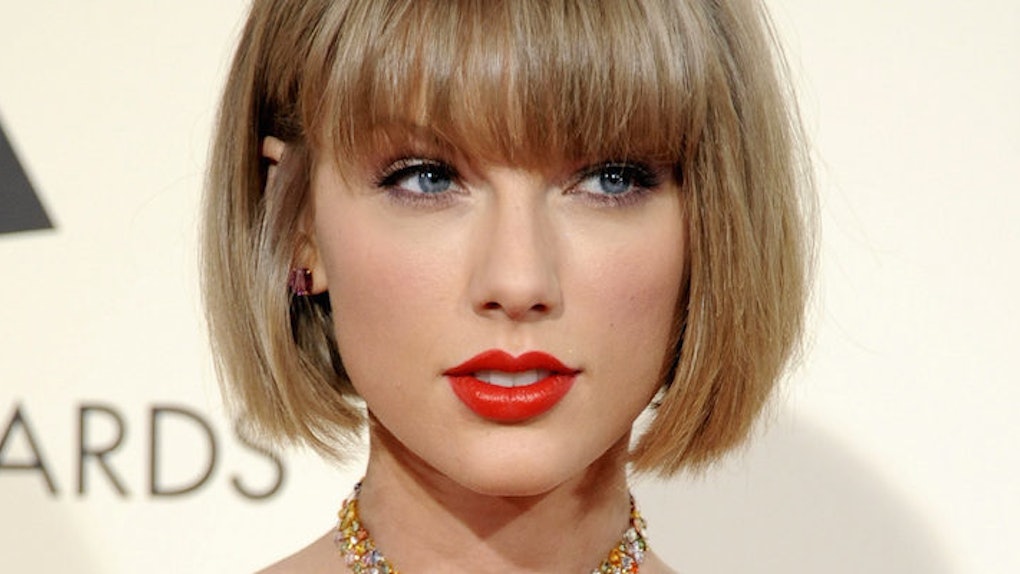 Taylor Swift May Be Newly Single, But She's Still Winning At Life In This Big Way

Riding on the back of sad reports that super couple Taylor Swift and Calvin Harris are allegedly no longer an item, there's another, more uplifting T Swift update.

The singer and pop culture icon was recently crowned by Forbes as the youngest, richest woman in America. At 26 years old and with a net worth of $250 million, Taylor Swift has accomplished more than most people will in a lifetime.

As if that weren't enough, let's take a look at the bajillion other accolades T Swift has picked up over the years:

She's a Guinness World Record holder for having the most simultaneous US hot 100 hits by a female (10 to be exact).

She owns a big chunk of her own music label, which represents other major artists like Tim McGraw.

Swift's album 1989 was the most popular musical collection of 2014 with over 4 million records sold.

She caused Apple to change its strategy and better support musicians after saying this baller line:

We don't ask you for free iPhones, please don't ask us to provide you with our music for no compensation.

So, it should come as no surprise that Taylor Swift is the richest Millennial woman in the US. She's a one-woman empire.