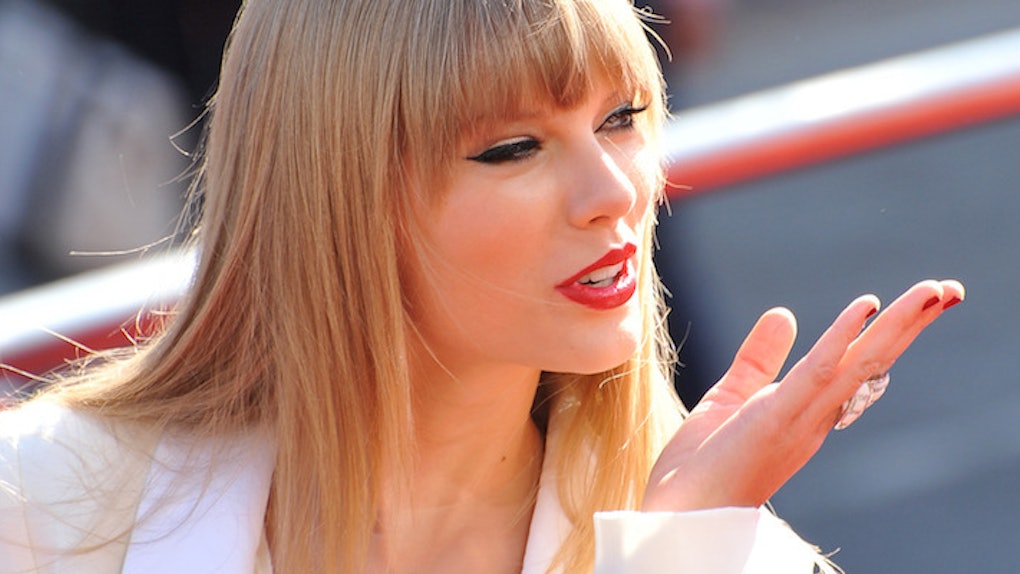 If It Was Up To Chris Harrison, Taylor Swift Would Be The Next 'Bachelorette'

Chris Harrison has hosted “The Bachelor” since 2002 and picked up a few spin-offs — “The Bachelorette,” “Bachelor Pad,” “Bachelor In Paradise” — along the way, effectively dubbing him the Dumbledore of Bachelor Nation.

When People asked Chris to choose from three single celebrities to star as the next “Bachelorette,” it wasn't difficult for the 45-year-old to decide between Taylor Swift, Kendall Jenner and Khloé Kardashian.

The host told the site Tay Tay is the obvious winner. He said,

Because here's the thing, we're going to have her fall in love because she falls in love easily.

Then she's going to break up… Then we're going to have an entire album of songs written about 'The Bachelor'… It's all about [self-]promotion.

He said if he had to choose a season on which to compete, it'd be during the inaugural season of “The Bachelorette,” starring Trista Rehn.

That's when I was the youngest and probably in the best shape… Because I'm not about to take my shirt off anytime soon.

The honest likelihood of Tay Tay joining "The Bachelorette" and allowing a herd of square-jawed nobodies to confront their feelings in her temporary mansion's state-of-the-art confessional isn't high. In fact, it lands somewhere between Chris taking his shirt off and Chad finding inner peace.

Still, we can dream about all the things Taylor Swift would definitely say if she was on "The Bachelorette."

"I came here to find love."

"Gareth and I have such a strong connection. It's like... crazy. I'm falling for him."

"The hometown visits are going so well. I love that Pierstly is from Hawaii. Surf's up! LOL Haha."

"I'm ready to take Drewsler to the Fantasy Suite."