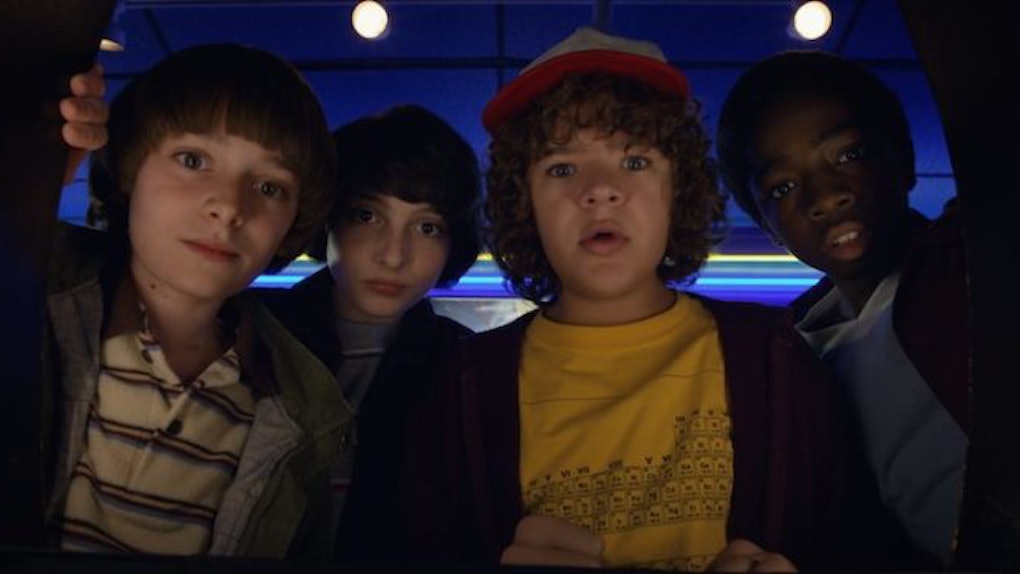 How Many Emmys Did 'Stranger Things' Win? Fans Are Not Happy

Last year was packed with a surprisingly large amount of new hit TV shows, and that was very apparent at the 2017 Emmy Awards on Sunday night. Mega-popular newcomers like Big Little Lies, Westworld, The Night Of, Atlanta, and This Is Us dominated the award categories, but for all the loyal Netflix bingers watching on, the new series to pull for was the streaming network's '80s throwback, sci-fi show Stranger Things. After gaining a huge fanbase in its freshman season, Stranger Things shocked fans by being snubbed at the Emmys. The show took home zero Primetime Emmy Awards this year.

Though it was one of the most popular and nominated shows at this year's Emmy Awards ceremony, Stranger Things was almost entirely boxed out by The Handmaid's Tale. Out of the five awards that Stranger Things was up for tonight, four were taken home by a handmaid, and the last went to Netflix's other series The Crown. This left Netflix's buzzy, '80s sci-fi hit heading home from the big night with no trophies at all. Of course, fans were incredibly upset to see the series not get any recognition at the Primetime Emmys (although it actually won five Creative Arts Emmys the week before the big show), and voiced their disappointment online. Check out some of the best reactions to the Stranger Things snub at the Emmys below:

Stranger Things went into the awards show with pretty good prospects, as one of the most nominated series of the night. The show was up for five categories, trailing only Fargo's six noms, The Handmaid's Tale and Westworld's seven noms, Big Little Lies and The Night Of's eight noms, and the two shows with the most nominations of the night: Feud: Bette and Joan and Veep both with ten. Despite its groundswell of fan love, it was still clearly up against some stiff competition.

Stranger Things had actually already nabbed a slew of Emmy Awards before even showing up on Sunday night. The show tied for the most awarded series at the Creative Arts Emmys held a week before the Primetime Emmys ceremony on Sunday night, taking home an impressive five trophies. The only other shows to win that many awards at the Creative Arts Emmys were Westworld and Saturday Night Live. Stranger Things took home technical awards for casting, main title design, main title music, sound editing, and single-camera picture editing at the ceremony. But unfortunately, fan-favorite character Barb (played by Shannon Purser) did not manage to win the Outstanding Guest Actress in a Drama Series award that she was up for — that went to Alexis Bledel for The Handmaid's Tale instead.

Thankfully, even more Stranger Things is coming super soon. The highly anticipated second season of the show will premiere on Netflix in just over a month, on Oct. 27.