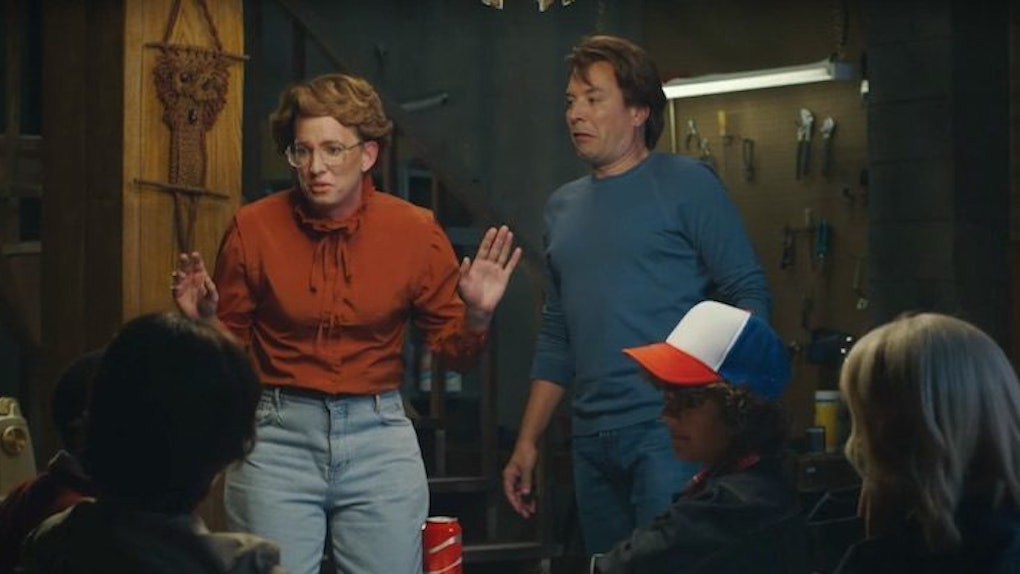 This 'Deleted Scene' From 'Stranger Things' Gets Barb Well-Deserved Justice

Shout out to Jimmy Fallon for giving "Stranger Things" fans something we desperately needed: justice for Barb.

If you've seen the Netflix cult hit of the summer, you know Barb definitely got the short end of the stick.

Barbara Holland, aka Barb, is the most sensible character in this goddamn show. All she's trying to do is look out for her best friend Nancy, who is, frankly, being kind of a jerk.

And then when Barb gets taken by the monster, Nancy and the rest of the town look for her for, like, two seconds before giving up.

Unfortunately, and thanks to everyone's negligence, the Demogorgon got Barb good, and she's not coming back for season two, the creators said in an interview.

But thankfully, Jimmy Fallon has us covered.

The four kids performed a skit as their characters, along with Jimmy Fallon as Steve Harrington and head "Tonight Show" writer AD Miles as a very pissed-off Barb.

Miles' Barb is back from the dead, and rightfully angry no one seemed to care that much about her disappearance.

Nobody even cares I was missing! No search party for Barb, no fake corpse stuffed with cotton for Barb!

She concludes her rant by announcing her own Netflix spinoff, "Orange Is the New Bitch." (Which is a show I would totally watch, just sayin'.)