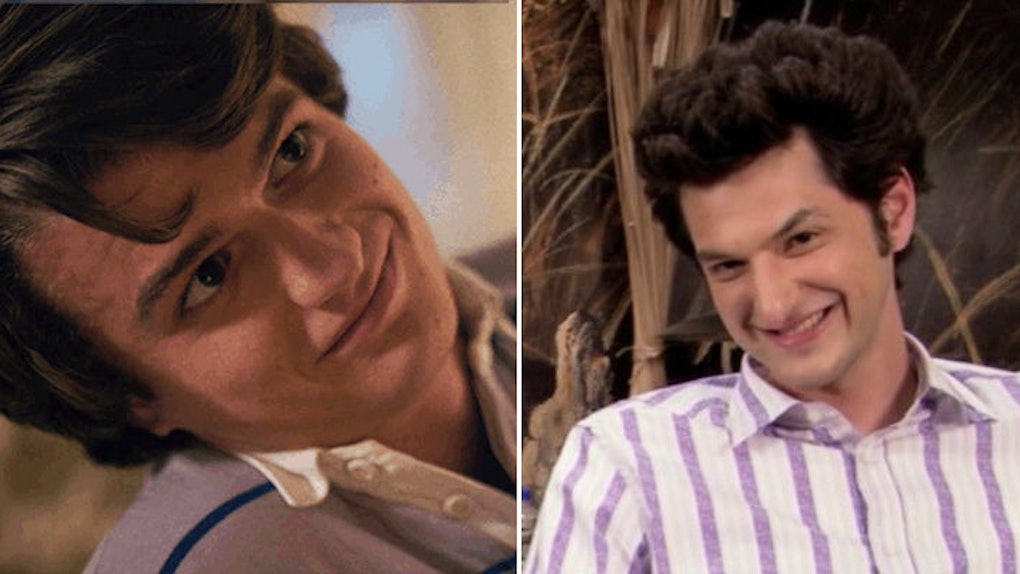 OK, "Stranger Things" fans, I know you all have your mind-blowing fan theories about Eleven and Hopper's daughter.

Sure, those characters have mysterious and tragic pasts and whatnot, which makes them prime fan-theory material. But I think we need to focus on another very serious character: Steve.

I believe Steve Harrington, boyfriend of Nancy Wheeler and on-again-off-again douchebag, also has a dark secret. He grows up to be the woooOOOoorst!

OK, here's the theory. Steve, played by actor Joe Keery, is literally just a young Jean-Ralphio from "Parks and Recreation."

(If you've never seen "Parks and Recreation," you're really missing out on the greatest comedy of this generation. Get on that.)

I'm not the only one behind this theory.

Steve's resemblance to Tom's best friend/business partner, aka Jean-Ralphio, aka Ben Schwartz, is uncanny, and fans are taking notice.

Honestly, I believe in this fan theory more strongly than I've believed in any fan theory before.

2. They're both from Indiana.

Since Hawkins and Pawnee are both fictional small towns in Indiana, they could easily be right next to each other. For all we know, Leslie Knope is fighting the Demogorgon right now.

3. Nancy will probably dump him at some point.

Sure, Steve's cute, but his douchebag levels are WAY too high for Nancy to stick around much longer.

And when she finally pulls the plug, it's likely Steve will transform into Full Douchebag, aka Jean-Ralphio. And after that...

4. Steve will leave town and change his name to escape all this crazy monster stuff.

I mean, who knows, maybe Steve will murder someone next season! Seems like a perfectly good reason to leave Hawkins for another small town in Indiana — Pawnee.

5. But he'll never forget all the valuable lessons the strange world of Hawkins, Indiana taught him.

In conclusion, theory proven. Steve grows up to be Jean-Ralphio. Steve has a baller future ahead of him.