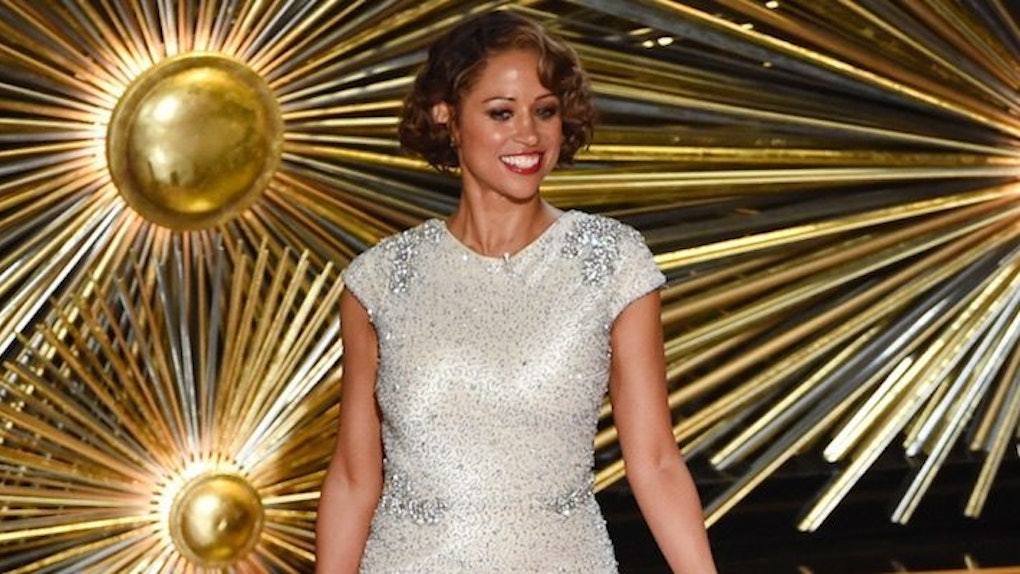 After bombing during a bit at the Oscars, where she wished the crowd a "Happy Black History Month," the Fox News commentator decided the best move was to make a "Mean Tweets" video (a la "Jimmy Kimmel Live!"), for which no one even asked.

Viewers familiar with the "Mean Tweets" segments understand the tweets can be hurtful, but they usually maintain some level of creative phrasing or hilarious ribbing.

This was not that kind of segment.

The 49-year-old -- who appeared on "Fox and Friends" in January and suggested the black community "get rid of channels like BET and the BET Awards and the [NAACP] Image Awards" -- shared some run-of-the-mill hate tweets to show those watching what she's up against online.

After I got off the stage last night at the #Oscars, I thought I'd let you have a peak into my Twitter feed. Posted by Stacey Dash on Monday, February 29, 2016

Cyberbullying blows. As a woman with a Twitter handle, access to WiFi and two functioning eyeballs, I realize the bored masses love nothing more than to fire vitriolic tweet after vitriolic tweet for little to no reason.

Having made divisive comments that failed to gain much support, Dash likely encounters a steady stream of Internet harassment, which is a cowardly move whether anyone agrees with her position on race or politics.

Still, there's a selfish voice in my head that wished anything Dash did the night of the Oscars was even borderline entertaining.

Citations: Stacey Dash Reads Oscars 2016 Mean Tweets: 'No One Likes You' (Us Weekly)