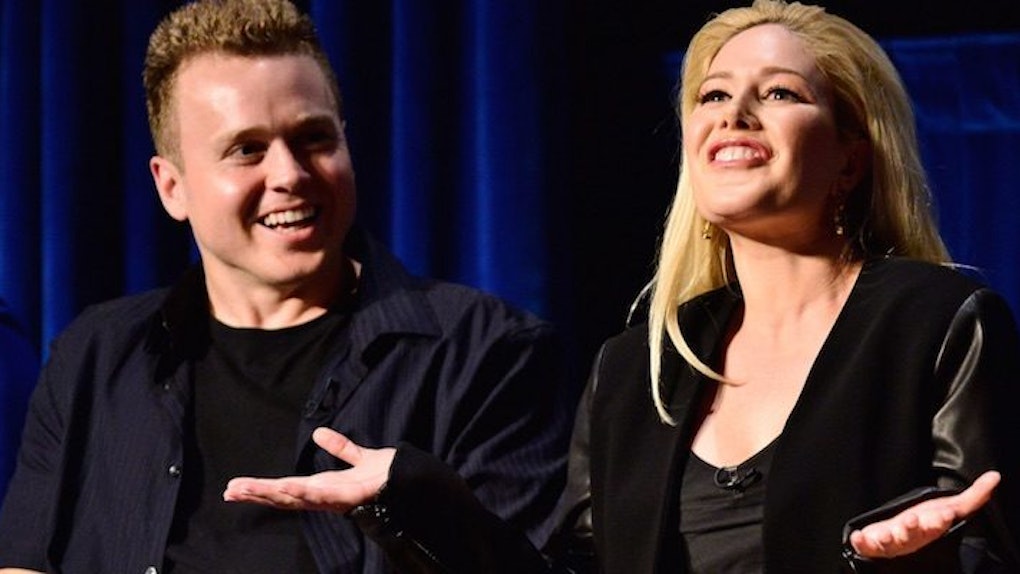 Spencer Pratt Just Compared 'The Hills' Getting Canceled To 9/11

It's no secret Spencer Pratt and Heidi Montag's golden years were those spent on the set of “The Hills,” but comments made by the couple in a recent interview with VICE's Broadly are stirring up backlash online.

Spencer reportedly told interviewer Mitchell Sunderland the show's cancellation in 2010 “was [their] 9/11.”

Setting aside, momentarily, the fact Pratt and Montag are natural-born American citizens (technically making 9/11 their 9/11), it is unlikely readers were thrilled to see a comment likening one couple's loss of a television gig to a terrorist attack claiming thousands of innocent lives.

In the wake of media coverage over the quote, Pratt is keeping it lighthearted.

Also in the article, titled "Head over Hills: The Undying Love Story of Heidi and Spencer Pratt,” Montag shared,

With the article picking up steam due to what journalist Lauren Duca referred to on Twitter as “a festival of pull quotes,” it should be interesting to see which remark incites the most outrage online.