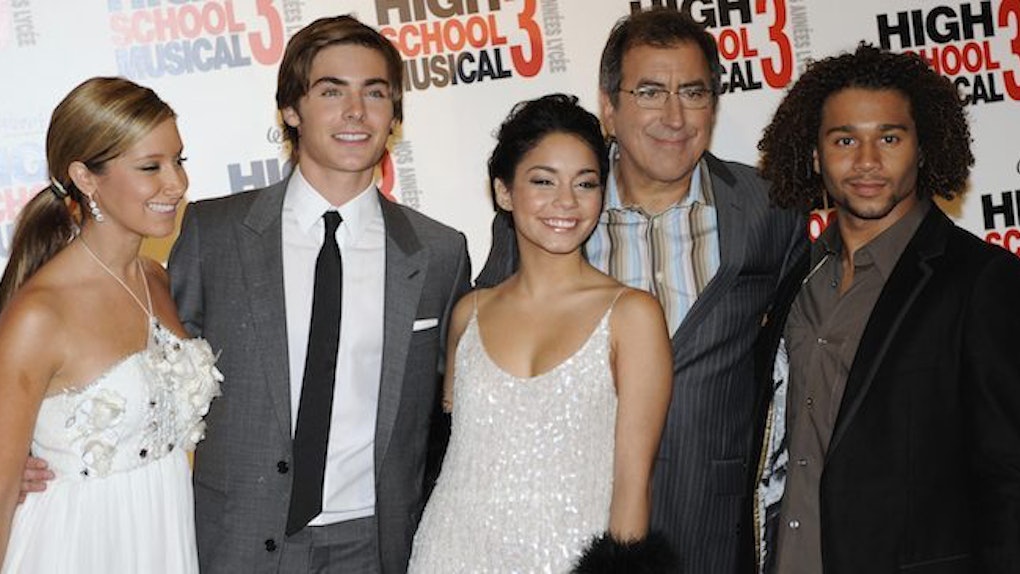 Sorry to get your hopes up, but don't count on seeing your beloved Wildcats back in action on screen just yet. That talked-about "High School Musical: 4" trailer is fake, even if it did give you warm and fuzzy nostalgic feeling inside. In case you missed it, a teaser promoting a nonexistent movie called "I Was a Wildcat: A High School Musical Story" is floating around, but it's really just an expertly crafted slice of visual fan fiction. It also hammers home just how old we all are -- it's been almost a decade since the gang graduated from high school.

The fan-made trailer explores what Troy, Gabriella, Sharpay, and company are up to lately by cutting together clips from the casts' recent work. Of course, it's set to "What I've Been Looking For," which makes it that much more emotional. The whole thing is pretty spot-on, we must say, and definitely fueles our hopes and dreams for more "HSM" installments featuring the team we came to know and love in the mid-2000s. We want to see what life for these musical millennials is like in their 20s. We would even settle for hearing them sing songs about every day things like paying taxes, ordering Postmates, or going on awkward work lunches. Is that too much to ask?

If this faux tease is just too much for you to take, remember there's hope on the horizon when it comes to the fate of this beloved franchise. A new sequel is apparently in the works and casting seemed to be getting underway last year. Director Kenny Ortega recently revealed he is totally down to be involved in a fourth film if he can make it work. That's a step in the right direction, even if the original cast isn't on board.

For now, we have a fake trailer to whet our appetites and some morsels of information to keep us (slightly) satisfied. But will we be chomping at the bit for more "HSM4" rumblings? Bet on it. BET ON IT.