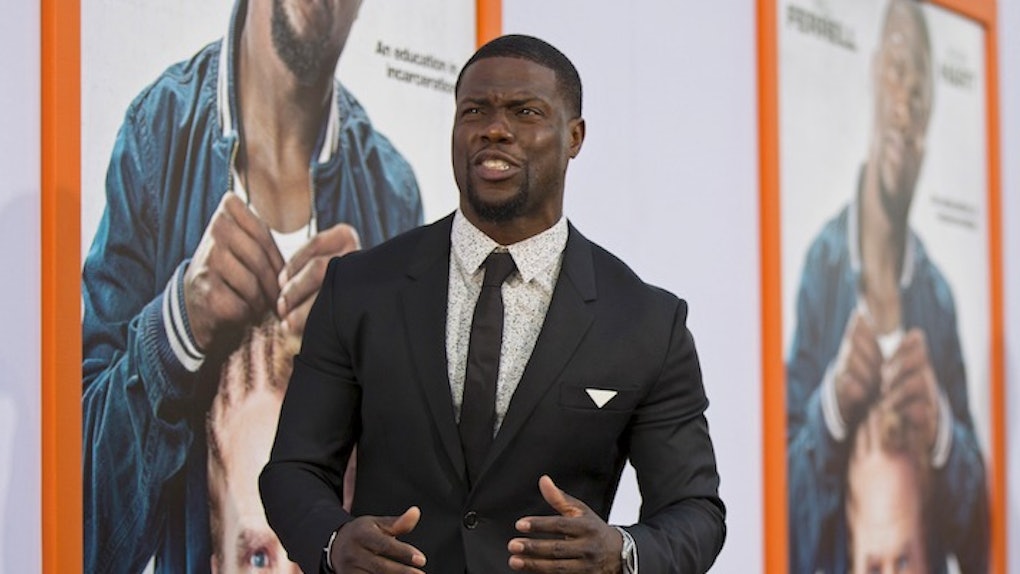 Someone Just Robbed Kevin Hart's House For $500,000 Worth Of Goods

With a new movie release this week starring The Rock, things have got to be looking pretty good for actor and comedian Kevin Hart. However, it seems a few sneaky thieves are using Hart's busy schedule to their advantage.

According to TMZ, Hart's Tarzana home in California was robbed of about $500,000 worth of goods over the weekend. The report states that a back door was pried open by trespassers to gain entry to the home before taking off with jewelry, watches and clothing.

No suspects have been identified as of yet; however, Hart's home is placed in a secure neighborhood which would require burglars to make it past two security gates and a bunch of cameras.

Luckily, Kevin wasn't home at the time of the burglary. Instead, the funny man was living it up in Miami while training with Dolphins' defensive tackle Ndamukong Suh before returning to find his home ransacked.

Here's a clip of him training in Miami:

Hart, who just released his own signature shoe with Nike, is working with law enforcement to pinpoint suspect leads made visible by surveillance cameras located around the home.

Hey, no one ever said being a millionaire celebrity with a good sense of humor and a busy schedule was going to be easy. Regardless, losing any personal items worth anything is never fun.

Kevin Hart and The Rock team up for "Central Intelligence" which hits theaters June 17.

Citations: Kevin Hart House Burgled For Half a Million (TMZ)