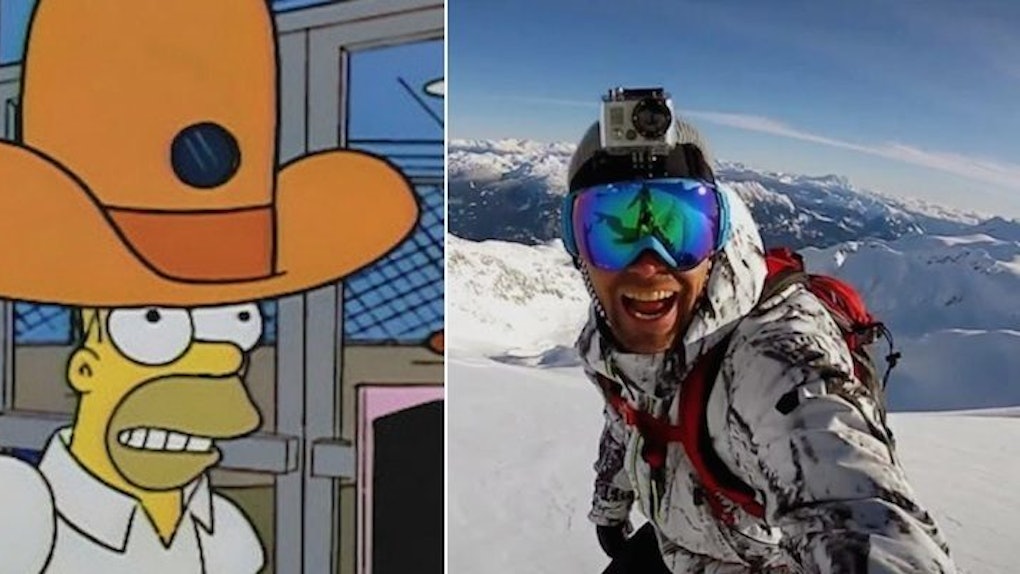 7 Crazy Things 'The Simpsons' Accurately Predicted About The Future

"The Simpsons" has been around for a long time -- 26 seasons to be exact. In that time, the show made a number of successful predictions about the future.

The show predicted world events, technological breakthroughs and the fates of celebrities.

Recently, it was discovered Homer predicted the weight of the Higgs boson particle.

Yes, you can chalk a lot of this up to the fact the show aired over 500 episodes.

But, the guys who have written "The Simpsons" over the years are also really smart. Many of them have been Harvard graduates.

More than that, though, I believe the writers may very well be soothsayers as they predicted a ton of stuff that eventually came to fruition in the real world.

Here are some of their most audacious predictions that ended up coming true:

The Apple Watch has yet to hit the market, but it will by year's end. When that happens, "The Simpsons" can add another correct prediction to its list. In an episode from 1995, there is a flash-forward to Lisa's future wedding.

There, her fiancé uses his watch to make a call.

The GoPro wasn't invented until 2002, but "The Simpsons" had its own version of the hands-free camera in an episode in 1994. Though, "The Simpsons" version was slightly larger than the real thing.

In "The Simpsons Movie" from 2007, Lisa tries to warn her family not to speak so loudly in public for fear the government is listening in on them.

Marge tries to assuage Lisa's fears, but then the scene cuts to NSA headquarters where people are, in fact, eavesdropping on their conversation.

It wasn't until 2013 that Edward Snowden revealed the scope of the NSA's domestic surveillance program.

In an episode from 1994, the school bully, Dolph, writes down a note on his Apple Newton, which was essentially a proto-tablet.

He tries to write "Beat up Martin" on the tablet, but the text changes to "Eat up Martha." Yes, "The Simpsons" predicted the autocorrect fail.

In an episode from season six, Homer basically came up with the idea for Miley Cyrus' iconic "Wrecking Ball" music video.

This might not be on the same level as an invention like the smartwatch, but it is still pretty monumental in my book.

However, his vote is changed to John McCain. Four years later, a similar thing happened to some voters when they attempted to cast their votes for Obama. Some of those votes were switched to Mitt Romney.

During a show in 2003, Roy Horn, of Siegfried and Roy, was attacked and bitten on the neck by a large tiger.

In a "Simpsons" episode 10 years prior, the team of Gunter and Ernst were mauled by their own white tiger. No offense to the writers on this one, but this was bound to happen one way or another.