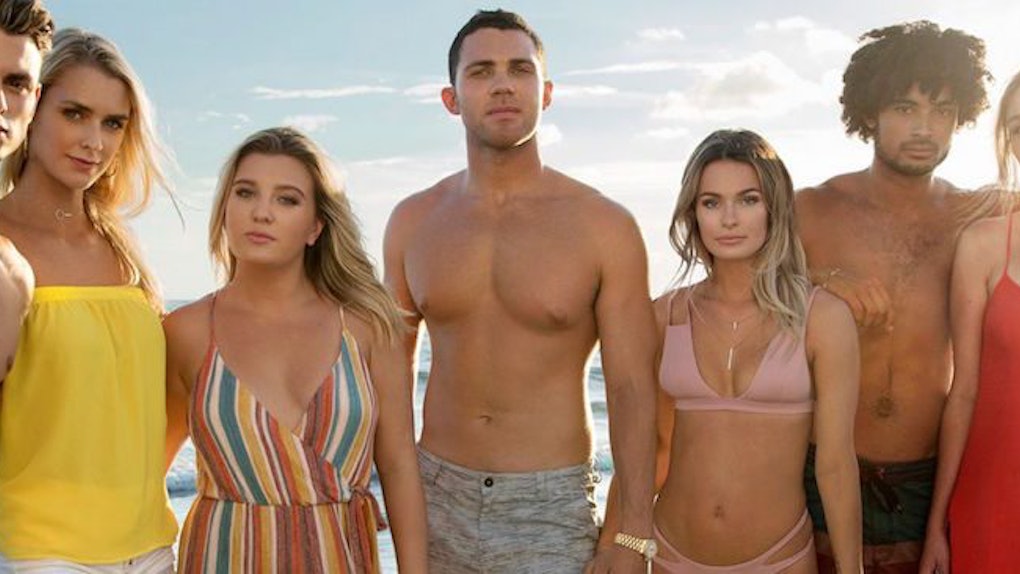 MTV's latest attempt at recreating its past reality show glory had its big premiere on Monday night. Months before we even knew what it was about Siesta Key was already being hailed as the new iteration of Laguna Beach, and the first episode made the comparison incredibly clear, even giving us clear parallels to the characters and situations at the core of the mid-2000s reality hit. We've got our new Stephen, our new Lauren, but characters drawing the most comparisons are Juliette from Siesta Key and Kristin from Laguna Beach.

Although it originally looked like Juliette was going to be the Lauren Conrad of the show, fans were quick to pick up on her more Cavallarian tendencies in the pilot episode. Like LC did at the beginning of Laguna Beach, Juliette narrates the 20-something social scene of her friend group and we see all the drama through her eyes. But the narration duties is pretty much where the LC comparison ends.

In the first episode, we learn Juliette is involved in a love triangle with the Stephen Colletti stand-in Alex and his high school sweetheart whom he clearly still has a thing for Madisson (and no, that double "s" is sadly not a typo). As Juliette becomes more aggressive in her pursuit of Alex, fans have dubbed her the Kristin Cavallari of Siesta Key, relegating Madisson to the role of the new LC.

MTV is definitely nailing the Laguna Beach formula with the new show, but it still has yet to be seen if Siesta Key will be able to recapture the popularity of its predecessor, which is now considered a classic reality series and spawned multiple spinoffs. I'm glad they got their LC and Kristin sorted out, but I'm more excited to see who they throw in to be the Heidi and Spencer (yes, I know that's The Hills, calm down).