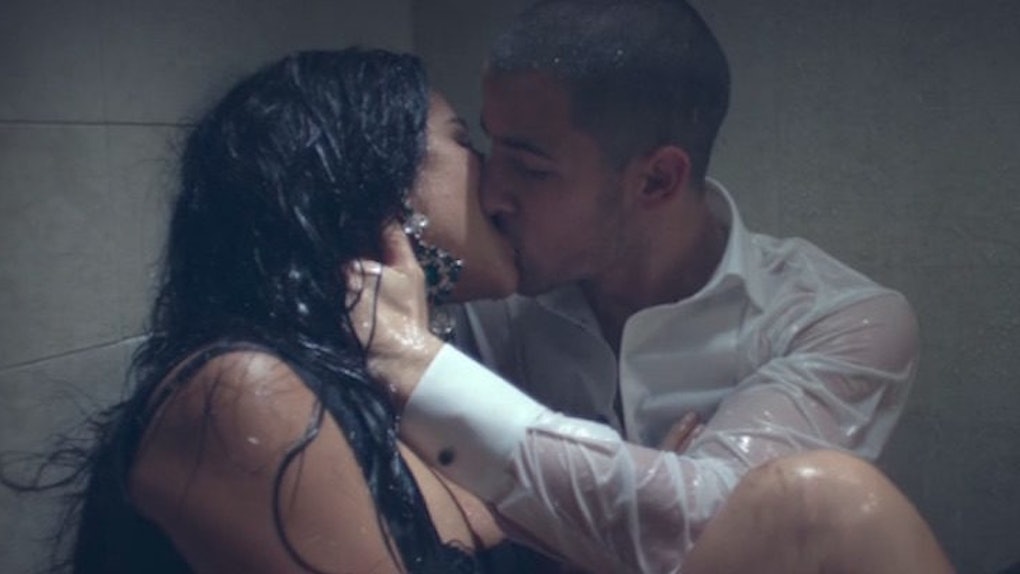 If you're single and dying alone, you should definitely check it out. It'll make you feel really good about yourself, LOL!

Nick shared a little preview of the music video for "Under You" on his Instagram, but the whole video is available on Tidal.

If you haven't seen it, here's what goes down. Nick and Shay are ex-lovers and they're going through a really rough patch in their relationship. They're fighting and throwing things and clearly super upset about how their romance ends.

Of course, breaking away from your ex is easier said than done.

Nick drives to Shay's place and they have ~sexy time~ in the shower. They rip their clothes off and make love and it's the hottest thing I've ever seen. You can feel the passion and aggression through the screen.

Teen Vogue actually sat down with Shay Mitchell to ask her some questions about the shower scene. In the interview, Shay revealed something pretty surprising about the shoot.

Shay told Teen Vogue that she was filming "Pretty Little Liars" the night before the "Under You" music video, so she didn't have much time in between shoots.

While she was playing Emily on "PLL", she had some stunts to do and ended up with bruises all over her legs. She shared,

I was literally working until 4 a.m. the night before! My legs were battered and bruised. And I had to be on [the music video] set at 9 a.m. the next day. I only had 3 and a half hours to shoot it, and that was the only time it was going to work. [So when I arrived at the shoot], my makeup artist was like, 'What did you do to your legs?' They had to put so much body makeup on me to cover the bruises.

Damn, I would have never noticed. Her legs look absolutely flawless in all of the shots, so that makeup has some phenomenal coverage. I mean, just look at them!

Things got extra tricky during the shower scene because, you know, there's water. Shay explained,

They had to keep coming into the shower to cover up the bruises because I was bruised all over. So I go from Emily, to, you know, Nick's girl in this video.

Damn, that's a lot of work. I think Shay deserves a gold medal and a nap.