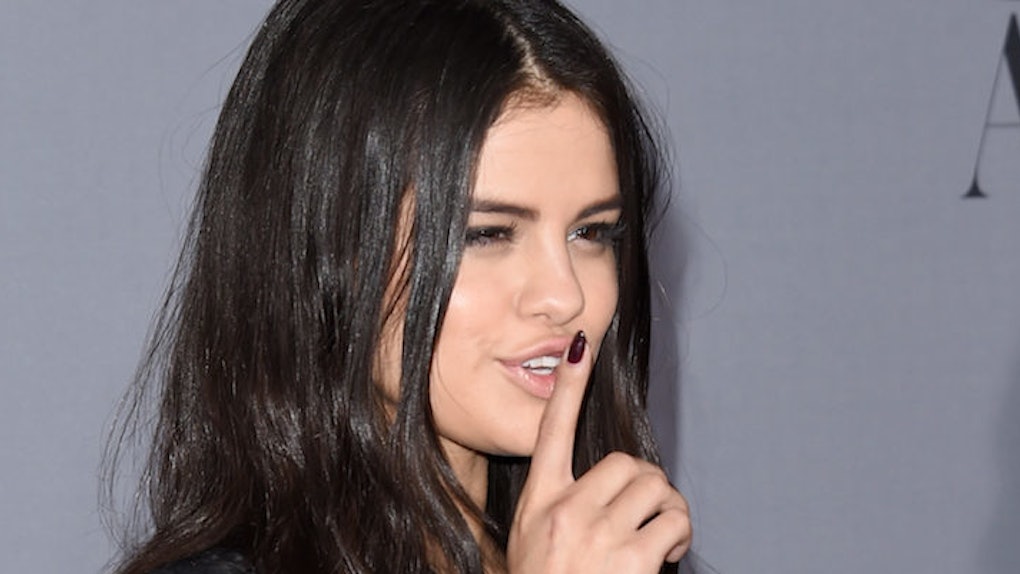 There's Another Reason To Be Completely Obsessed With Selena Gomez

Jelena shippers, get ready to tearfully pore over Selena Gomez's verse in Charlie Puth's new song, “We Don't Talk Anymore,” as you search for thinly veiled messages to her ex.

Puth released a teaser of the duet on Instagram in December, and the full track off his new album, Nine Track Mind, arrived just in time for fans to speculate wildly.

Contrary to recent statements regarding her feelings for Justin, Selena sings,

Every now and then I think you might want me to come show up at your door, but I'm just too afraid that I'll be wrong.

NO, SELENA! You're NOT wrong! Justin wrote an ALBUM for you!!! GO GET HIM.

The rest of Nine Track Mind is scheduled for release Friday, January 29, but by then, Selena will have undoubtedly made us all believe in true love again.