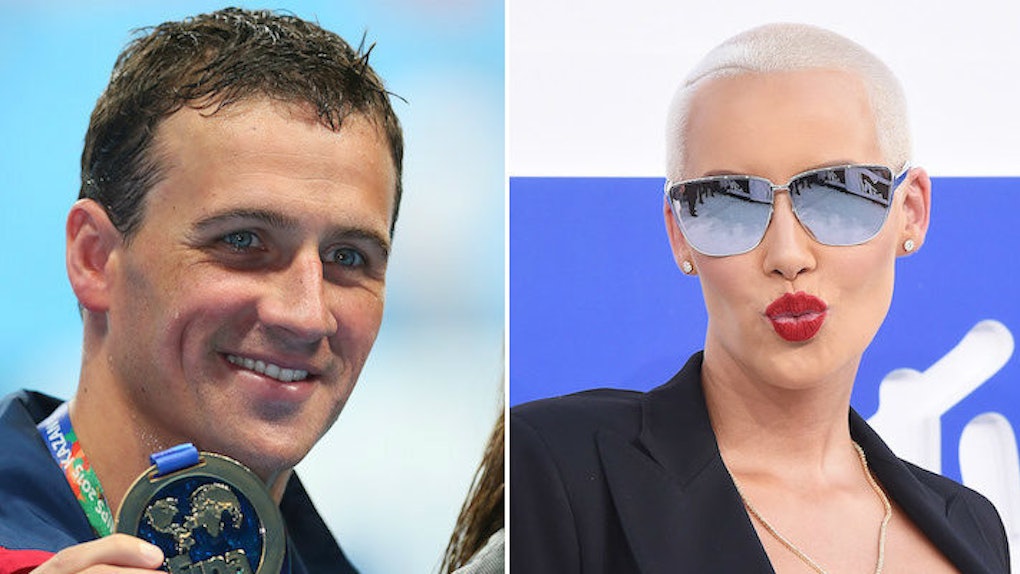 Get out your dancing shoes — and then put them away and get out your remote — because "Dancing With the Stars" just announced the cast for its 23rd season.

It's now official: Olympic gold medalist Ryan Lochte will be among the celebrity cast, confirming last week's rumors he would be joining the show.

The 32-year-old swimmer is fresh off a scandal — you know, that whole thing where he told NBC reporters he was robbed at gunpoint in Rio when in actuality he was paying for damages he inflicted on a store. Good times.

Lochte told viewers of "Good Morning America" he hopes "Dancing With the Stars" will help him move past this incident.

It's been — the past 2 weeks have been the lowest point of my life… Fans, my family, my friends have all been really positive, keeping me going… I want to put that behind me. I'm never one to dwell on the past. I just want to move forward…Everyone's got to be sick and tired of hearing about this, I know I am. I just want to move forward and… put on my dancing shoes. At least try to.

He also said he really doesn't know how to dance — but how hard can it be for an Olympic athlete?

Lochte certainly sounds ready to face the challenge. He said,

I'm definitely really excited. This is completely new for me. I think it's time for me to hang up my speedo and put on my dancing shoes.

Lochte's not the only Olympian who will be on the dance floor this season. Joining him is gymnast Laurie Hernandez, who is sure to have a few dance moves up her sleeve.

Amber Rose will also be among the stars, as well as Maureen McCormick of "The Brady Bunch" fame.

And on the professional dancer end — guess who's coming back? DEREK HOUGH!

It's definitely going to be an interesting season! Check out the full cast and pairings list below.

Season 23 of "Dancing With the Stars" premieres Monday, September 12 at 8 pm on ABC.

Citations: Dancing With the Stars Season 23 Cast Revealed: Find Out the Celebs and Their Pro Partners (E! News)