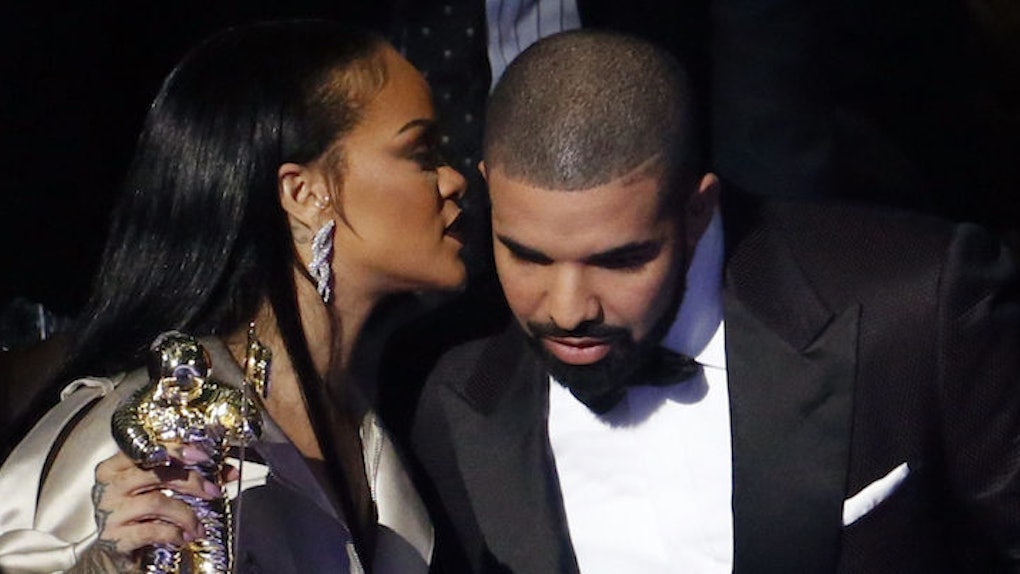 You probably know by now Drake confirmed his love for Rihanna by doing everything but propose at the VMAs.

We lapped up every second of his soppy speech to the 28-year-old -- especially the part where he told her he LOVES HER.

But rumor has it that was just the beginning of a day-long date for the couple.

After collecting her Michael Jackson Video Vanguard Award, Rihanna was spotted going back to Drake's hotel, a source told ET.

Then, on Monday night, they were seen having a romantic dinner together at Nobu in Manhattan.

They walked in together and never left each other's side all night. He was so attentive to her. His eyes were never off her. They were necking a lot. They would hug and he would kiss into her neck. He is so into her.

The crowd was literally "awwww-ing" during Drake's emotional speech to RiRi at the VMAs.

Then he tore the room apart by admitting he's loved her since he was 22 years old.

. @Drake just admitted he's in love with @rihanna AND WE ARE OFFICIALLY TYPING FROM THE GRAVE #VMAs pic.twitter.com/GPAqlv642D — Wetpaint (@WetpaintTV) August 29, 2016