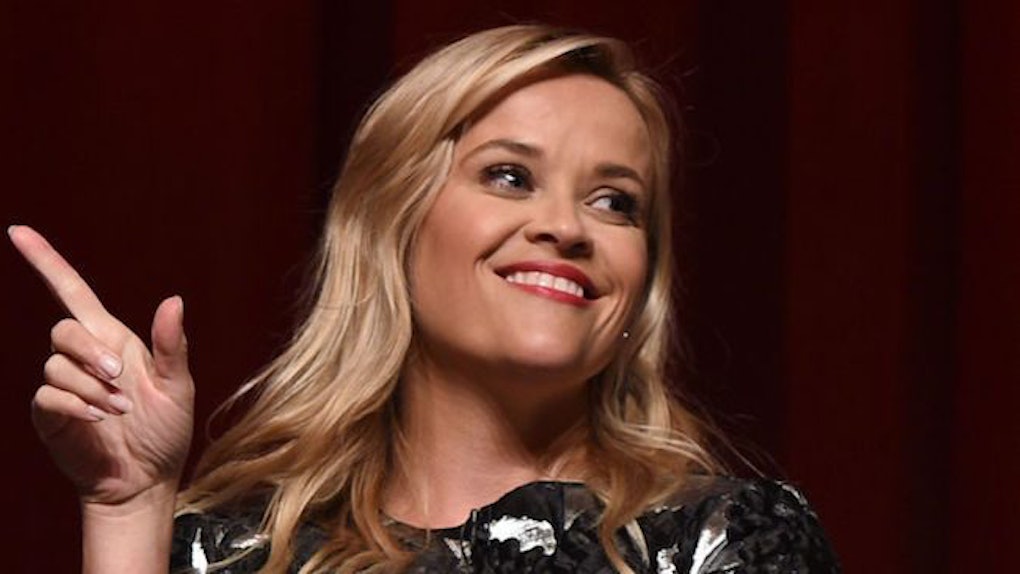 The Mindy Project is pulling out all the stops for its upcoming final season, and that includes none other than Reese Witherspoon. Mindy Kaling revealed the Oscar-winning actress is signed on to appear in the sixth and final season of her sitcom in a guest role on Instagram on Tuesday. Though we still don't know exactly who she will play when Reese Witherspoon joins The Mindy Project, Kaling did share a first glimpse at what their characters would be up to in her post.

In her Instagram post, Mindy Kaling wrote that her character of Mindy Lahiri will be trapped in a cave with Witherspoon's character, and a split photo shows the two women filming the cave-dwelling scene together. Not a lot of info, but one thing that does stand out in the photo is the distinct difference in clothing. Mindy Lahiri is rocking her usual casual street style in a puffy vest, but Reese's character is fully glammed up in a red gown. Either there was a very strange circumstance that led these two ladies getting stuck in a cave together, or maybe Mindy is just imagining Reese in a dream/hallucination sequence while she's all alone in that cave. My money's on the latter right now, but it's still too early to know anything for sure.

This foray into television is rare for Reese Witherspoon, who is known mainly as a film actress, although she recently made a huge splash starring in the HBO series Big Little Lies. The casting most likely came about after Witherspoon bonded with Mindy Kaling on the set of their upcoming movie A Wrinkle in Time. In the adaptation due out on March 9 of 2018, Witherspoon and Kaling play two magical beings in an otherworldly realm — Mrs. Whatsit and Mrs. Who, respectively. They star alongside Oprah Winfrey as Mrs. Which.

The Mindy Project will premiere its sixth and final season on September 12 on Hulu.