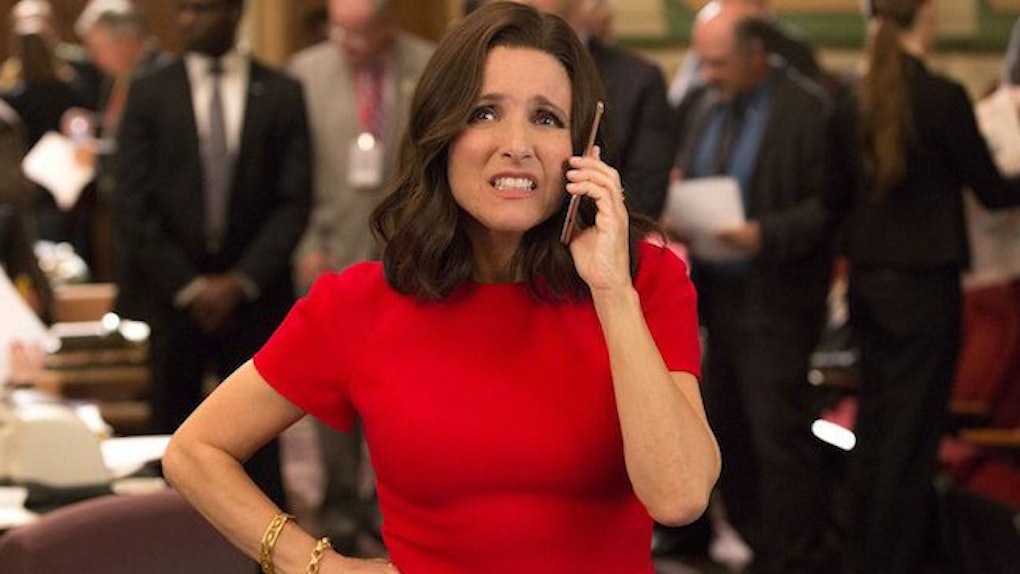 Puke On The Emmys Red Carpet Really Grossed Twitter Out

It wasn't all glitz and glamour on the Emmys red carpet last night — actually, upon closer inspection, it was far from it. Apparently, one of the superstars who was honored at the Television Academy awards show on Sunday night may have left more than they wanted to on the red carpet before the ceremony began. A photo that went viral from the pre-show showed vomit on the Emmys red carpet, and it is not a pretty sight. Of course, everyone is guessing who might be responsible for the unexpected gross-out moment, but as of right now it's anyone's guess.

Before the Emmys even kicked off, viewers already got their first controversy of the night courtesy of a phantom puker on the Emmys red carpet. A photo of an unsightly pool of puke quickly took over Twitter as the celebrity guests began arriving. Interestingly enough, although the vomit looks pretty sizable, none of the cameras or celebrities reacted to it during the live red carpet pre-show — the only evidence it was there showed up online. So, either the mysterious puking happened at the very end of the red carpet arrivals, or everyone was just really good at pretending they were cool with a huge splotch of vomit on the red carpet. I mean, these are the best actors in the biz. Check out the disgusting vomit photo below:

Yikes... Ummm, what happened here? It's hard to tell whether the men in the photo are workers helping to box out the area or TV stars just trying to do their best to ignore the big puke splatter behind them. Either way, the photo blew up online, thanks in part to a retweet from Seth Rogen (who actually wasn't at the Emmys this year). Although we still don't know the full story behind the Emmys' phantom puker, Twitter was quick to make jokey guesses. And leading the pack when it came to the gross guessing game was none other than former Trump press secretary Sean Spicer.

These responses were in reference to Sean Spicer's surprise appearance at the Emmys on Sunday night. At the end of his opening monologue, host Stephen Colbert shocked the audience and viewers by welcoming former White House press secretary Sean Spicer to the stage for a brief bit poking fun at his first and most famous controversy while in the position: when he was called out for exaggerating the number of people in attendance at Trump's inauguration back in January. Spicer played into the joke even more by rolling out onto the stage on the automized podium vehicle that Melissa McCarthy had famously used throughout the year when impersonating him on Saturday Night Live.

Although Spicer's surprise bit did elicit some priceless reactions from the crowd — most notably Melissa McCarthy's uneasy grimace and Anna Chlumsky's over-the-top shocked face — it mostly received backlash from viewers, who criticized the awards show for normalizing the Trump administration and offering a reconciliatory platform for Spicer to joke about lying to the American public just a few months ago. Of course, Spicer is now out of a job, after Trump fired him and replaced him with the even shorter-lived Anthony Scaramucci followed by Sarah Huckabee Sanders. But despite this, Spicer seemed to be welcomed at the Emmys with open arms, as people backstage even noted he was taking pictures and joking around with other guests.

But I'm getting away from the real point here: the Emmys phantom puker is still at large and nobody knows his or her true identity. And although we didn't get to see any of the stars reacting to the grossness, I think we can imagine their faces would look a lot like Anna Chlumsky's when Spicer came out: