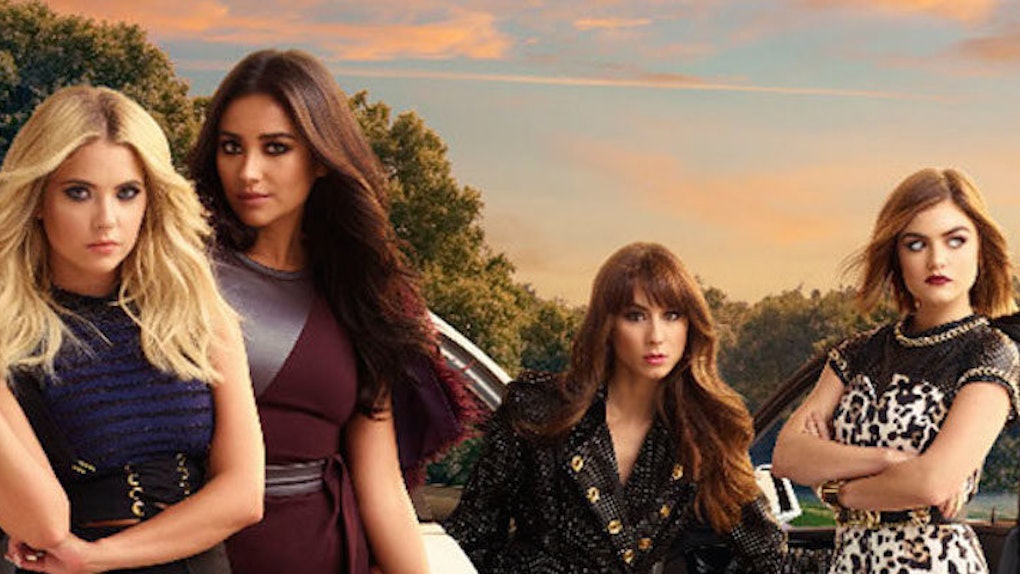 "Pretty Little Liars" will be ending after season 7. They'll be done in spring 2017.

"PLL" has been following a weird season schedule, with half seasons airing in the winter and summer. The finale happening on Tuesday is the mid-season finale of season 7. So this summer we've been watching season 7a.

Next spring, season 7b will be starting up. The finale will be the series finale.

King said there will be 10 episodes left, starting in April 2017, and the last one will be two hours long.

She also promised they'll answer every question we have left, which seems, um, ambitious. Because we still have about a million questions, including how we had the stamina to keep up with this show for so long without our brains breaking from confusion.

To be honest, I've got crazy mixed feelings about this announcement.

On the one hand, this show has been a part of my life for years. I made and kept friends partially because of it and, like, it was all I was doing when I became a SWUG senior year of college.

I've become very seriously endeared to the girls, both their characters and the actresses behind them.

And I think "Pretty Little Liars" does have some serious value. It's one of the few shows on TV that accurately depicts the nuance of teenage female friendships, and it's feminist itself. It also is one of the few shows to take the idea of the rise of technology in our lives and successfully turn it into plot.

But on the other hand, like pretty much every other fan, this show has been driving me insane for years. So it's a bit of a relief to know its hold on me and my sanity will soon be done.

I almost thought this show would go on forever, being a real constant in my life, like the classic "PLL" meme depicts.

But apparently it's actually going to be gone one day.

Although, you know, King has told us before that someone was dead only for that person to be very much not dead, so who knows!