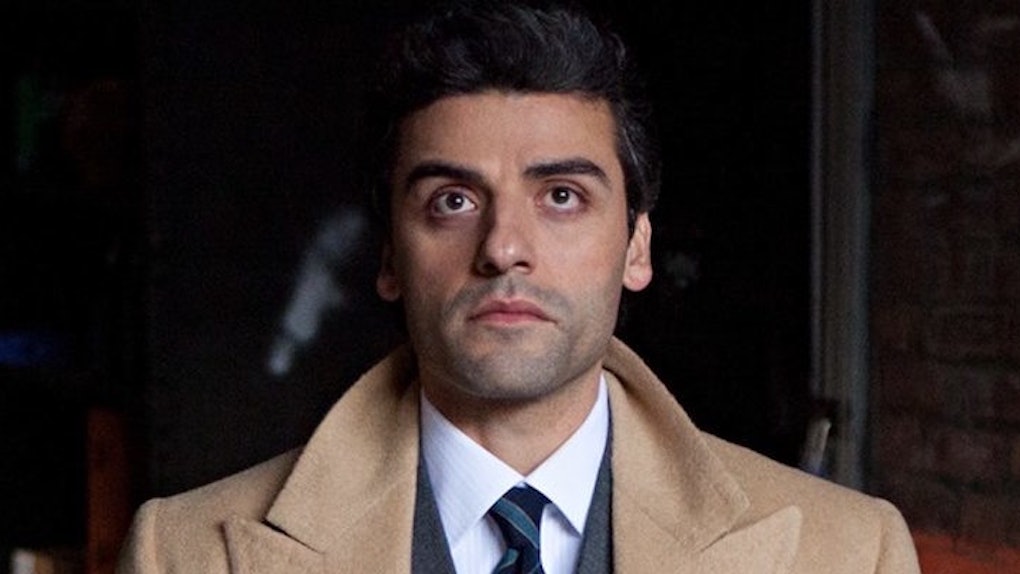 Have you accepted the Internet's new favorite everything, Oscar Isaac, into your life yet? No? Allow me to assist.

You'll start with an appreciation of his portrayal of the charming pilot Poe Dameron in the new "Star Wars: The Force Awakens" movie.

Following that, you will maybe watch a bootleg of one of his critically-acclaimed indie films, like "Inside Llewyn Davis."

Finally, you will spend hours watching his interviews and Googling his name, perhaps landing on this very article.

And well, friends, I will not let you down.

Here are 12 times Oscar Isaac really was a flawless human being.

1. There was the time he covered Bill Murray's "Star Wars" song and melted your heart...

2. And the time he looked hella fine while doing it.

3. There was the time his deep, soulful stare was so on point, he won an award for it.

4. There's every time he's been next to someone taller than 5'9" and revealed how adorably small he really is.

5. And that time he and Daisy Ridley totally crushed this impromptu duet of "Baby, It's Cold Outside." That VOICE, guys.

6. There was the interview where he turned the head on his action figure to make sure it was paying attention to Queen Lupita Nyong'o...

7. And that time he glanced at the camera and knew just how damn charming he was being. The bastard.

8. There was the time he took the perfect prom photo with Adam Driver.

9. And when he was the only one who could make this mustache look good. The ONLY ONE.

10. Don't worry, Benedict Cumberbatch, the Internet won't forget about you.