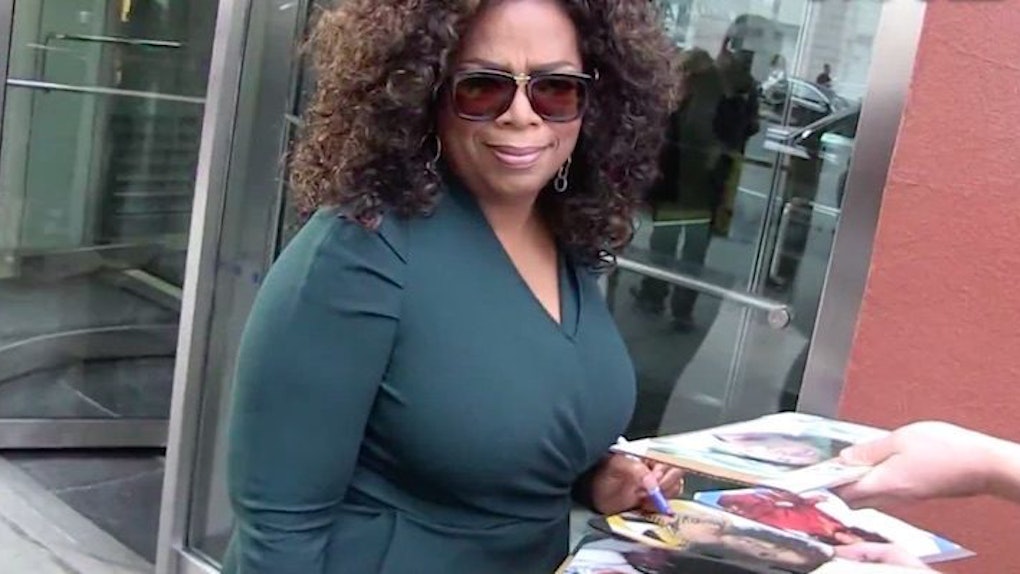 TI, I don't know what they're putting in your Lunchables, but I think they might be filled with some sexist sh*t.

If you haven't heard about the oh-so-wonderful comments TI made about having a woman as president, let me ruin your day by reminding you.

In an interview with DJ Whoo Kid, TI, unfortunately, voiced his opinion on why Hillary Clinton shouldn't be president.

Not to be sexist but, I can't vote for the leader of the free world to be a woman. Just because, every other position that exists, I think a woman could do well. But the president? It's kinda like, I just know that women make rash decisions emotionally — they make very permanent, cemented decisions — and then later, it's kind of like it didn't happen, or they didn't mean for it to happen.

And I sure would hate to just set off a nuke. [Other leaders] will not be able to negotiate the right kinds of foreign policy; the world ain't ready yet.

I think you might be able to [get] the Loch Ness Monster elected before you could [elect a woman].

Anyway, Oprah Winfrey has come to the rescue to save us from TI's stupidity. While signing autographs, Oprah gave the perfect response when asked about his comments.

Check out the clip above to listen and watch her reaction.

TI, Imma let you finish, but Oprah's got some sh*t to say to your sexist ass.