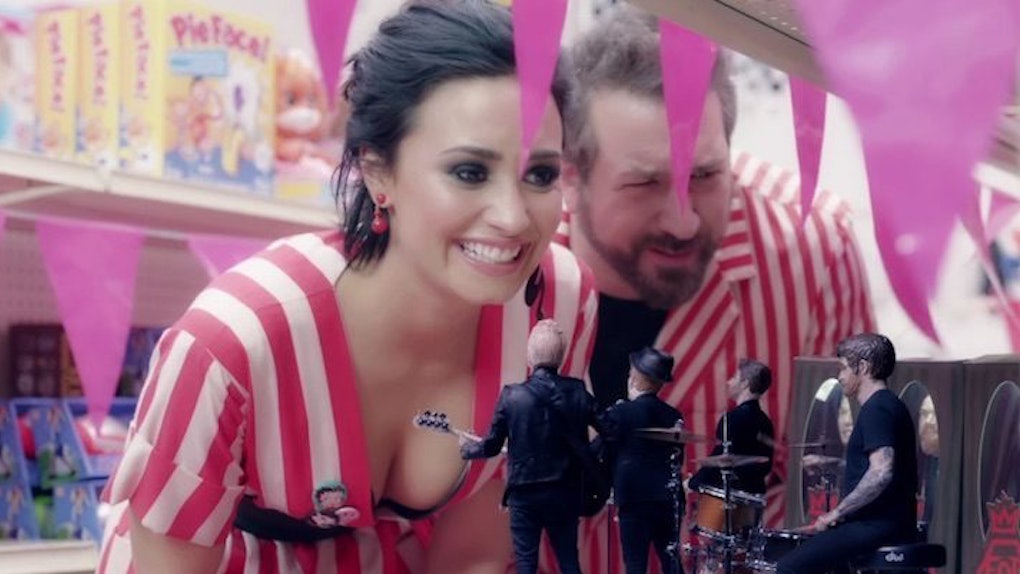 *NSYNC guest stars in this music video with Fall Out Boy and Demi Lovato because life is one big early 2000s Mad Lib nowadays.

Fall Out Boy released the music video for “Irresistible” today, and OK, yes, I get it. Demi Lovato IS dressed as a hot candy saleswoman and prances around, and it's great, but I swear that's not the most important part of this video -- it's what *NSYNC looks like in 2016.

Apparently, Chris Kirkpatrick is an old Serbian man now, and Joey Fatone turned into a low-level Guy Fieri impersonator sometime after 2010. How were we not informed of this earlier?

Which memo did we all miss saying half of *NSYNC is presently depressing.

Justin Timberlake aged fine. So, why did Father Time take a beer belly-shaped dump on the rest of the band?

Citations: Demi Lovato and Fall Out Boys music video is an NSYNC tribute Why not (Mashable)