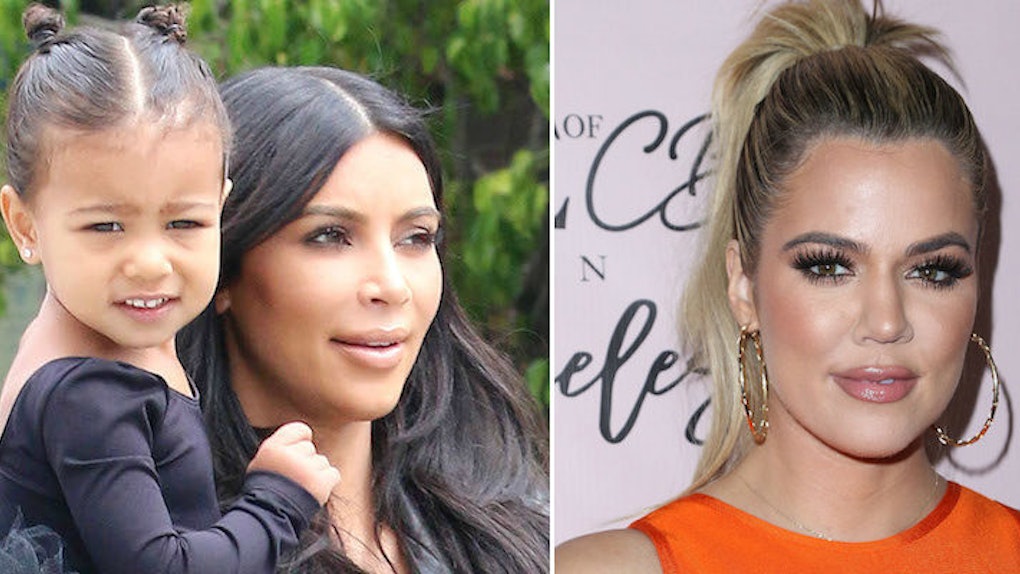 In the never-ending stream of terrifying Kardashian face swaps, now North West has had the face of her aunt Khloé forced upon her.

In honor of Khloé Kardashian's birthday today, Kim K used her favorite Snapchat filter to swap the faces of her 3-year-old daughter and 32-year-old sister.

Khloé wasn't actually in the room at the time of the face swap, so Kim used the feature where you can swap faces with a picture of someone (Khloé).

In my opinion, the fact Khloe's face is unmoving on North's head just makes the swap all the more disturbing.

Check it out for yourself.

I'm never getting the image of Khloé's lips as North's mouth out of my head no matter how hard I try. And believe me, I've already tried really hard.

In the video, Kim sings, "Happy birthday to Koko!" and then tries to alert North of the fact she has had the face of her aunt superimposed on her body.

Luckily, being only 3 years old, North seems to remain blissfully unaware of the entire ordeal.

Don't worry though, that's not the only social media shoutout Kim gave her sister on her special day.

She also posted a throwback pic from when they were girls, which was a lot cuter and less terrifying.