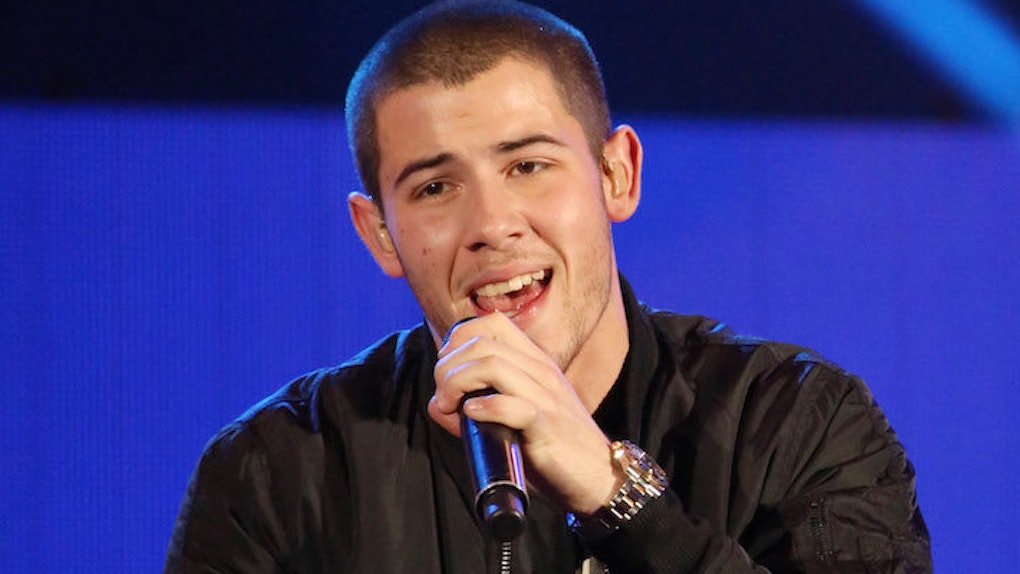 Nick Jonas may be an international pop star, but at heart, he's just a musical theater nerd.

In a recent interview with Live Nation, the 23-year-old singer said his favorite thing to sing in the shower is not Beyoncé or Selena , but Claude-Michel Schönberg "Les Miserablés," based on the novel by Victor Hugo.

I sing all of 'Les Miz' in the shower, the whole show. Takes me about two and a half hours, but it's worth it.

He's obviously joking about the two hours thing, but a little part of me is like... is he, though?

I don't doubt he knows all the words. After all, he did star as Marius in 2010 in a production of "Les Miz" on the West End in London.

Not only that, but he was actually in the original production of the show during its last nine months on Broadway back in 2003.

He was 10 years old and played the young street urchin Gavroche (you know, that child who dies, because war is terrible. Yay!).

Nick also mentioned the thing that scares him the most in the world is flying — which kinda sucks considering he's on tour with Demi Lovato right now.

I guess they're sticking to a bus this tour!