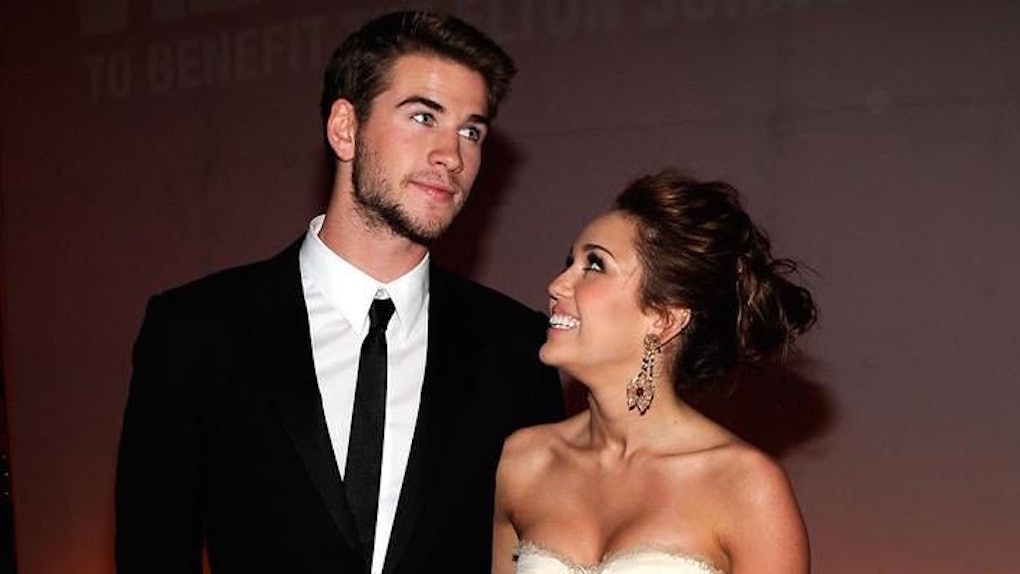 Miley Cyrus and Liam Hemsworth's reconciliation has everyone talking — but perhaps no one has more insight into the pair's relationship than Nicholas Sparks.

Sparks, who witnessed the duo's romantic beginnings on the set of the film adaption of his novel “The Last Song,” recently spoke with Entertainment Tonight about Cyrus and Hemsworth's undeniable chemistry.

They're both really terrific people, right? It was great watching them. You know, Liam was unknown…This was his first role, and of course, Miley was a superstar b y that time, just so talented in so many ways… Really great to know that, you know, even after the breakup they remained friends.

“Remained friends” is, of course, putting it a bit lightly: Rumor has it Cyrus and Hemsworth got re-engaged earlier this month.

Though Sparks wouldn't speculate on whether or not the two are soulmates, he did say,

I might tend to believe there was a little bit of magic involved.

Sure, it sounds a little sappy, but if anyone knows love, it's this author. I mean, he wrote “The Notebook,” for crying out loud! Does it get any more romantic than that?

So, Miley, Liam, if you're reading this: We've had enough of your aloofness. Just confirm your magical, everlasting, fairytale love already so we can envy you and your perfect lives a little bit more. OK? OK. Thanks.

Citations: Nicholas Sparks Describes 'Magic' Between Miley Cyrus & Liam Hemsworth as the Couple Gets Back Together (Entertainment Tonight)