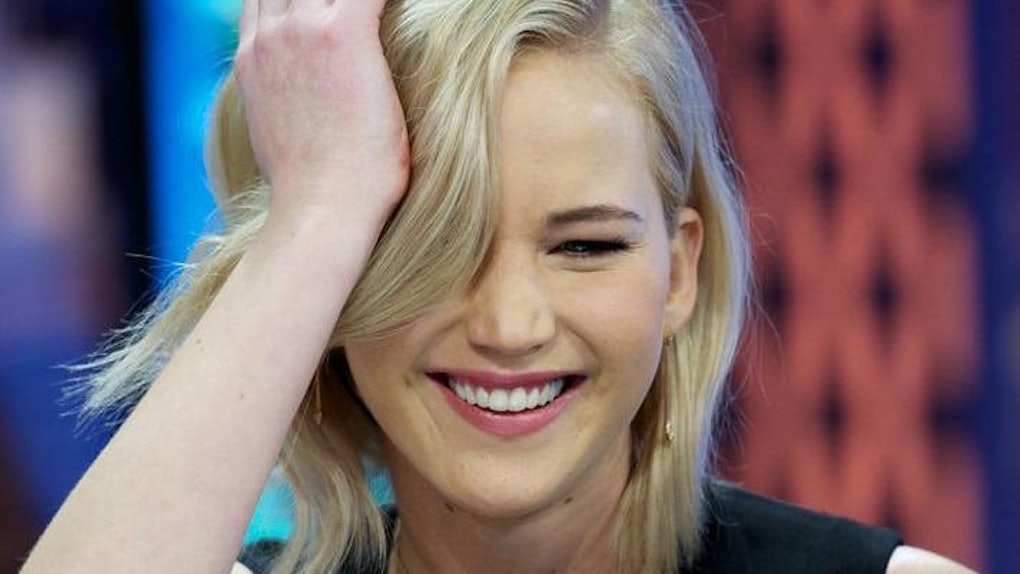 I have to admit, one of my 2015 bucket list goals was to basically become Jennifer Lawrence. I mean, who isn't obsessed with her?

Not only is she an extremely talented actress, but she's funny AF and just so damn relatable. She's one of the only celebrities I actually understand in some sort of way.

Well, friends, if you, too, have dreams of becoming just like J Law before the year ends, I have the answer.

During her first appearance on BBC's "The Graham Norton Show," which will air December 31, Lawrence shared with us how she spends her holiday season.

She explained why New Year's Eve, in her eyes, is just the absolute worst and why the holiday just straight-up sucks.

I really hate it. I've never had a good one. Everyone's chasing a good time and it's always a disappointment. I plan on doing nothing and then if something lands in my lap... but I always end up drunk and disappointed.

'Drunk and Disappointed' should be the title of my memoir!

There you have it. If you want to spend New Year's Eve JUST like Jennifer Lawrence, make sure you bring an extra bottle of wine to that party and show up solo.

We can't guarantee you'll have the night of your life, but you will be just like J Law, and what's better than that?