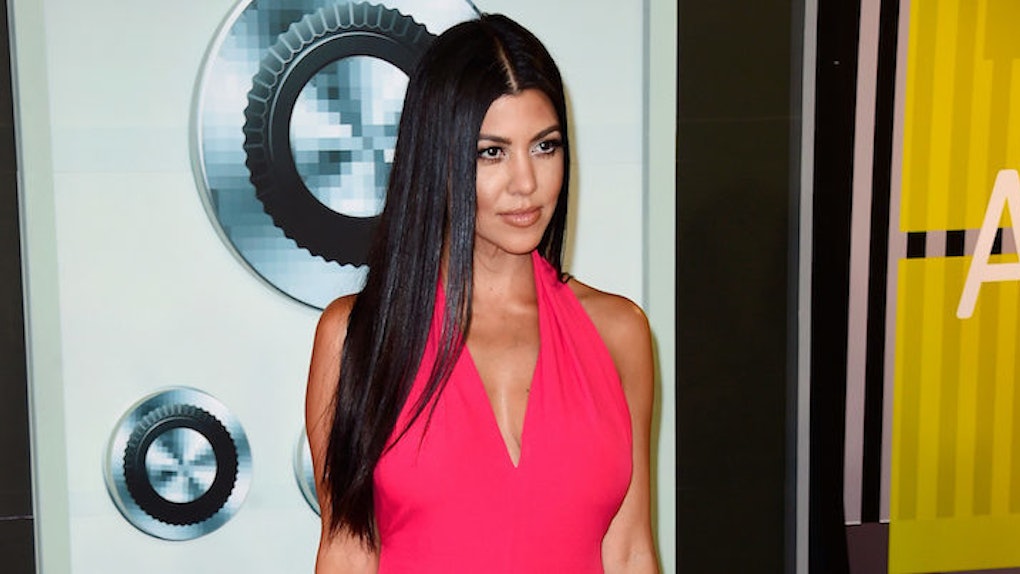 Here's The New Guy Kourtney Kardashian Was Seen Out With (Photos)

If you've been keeping up with the Kardashians, you probably know there's been a flurry of rumors swirling around Kourtney Kardashian's love life.

Since she split from Scott Disick earlier this year, there has been a lot of Hollywood gossip about whom she's been dating, including speculations of Justin Bieber being her new man.

However, on Wednesday evening, Kourtney was spotted out on a date with her new boo, and I hate to break it to you, but it wasn't with the infamous Biebs.

I guess revenge is a dish best served at your ex's favorite restaurant.

Take a look at the pictures below to see Kourtney's new love interest.

There are lots of rumors about the men in Kourtney Kardashian's life.

Clearly, Kourtney has a thing for younger guys...

As in the 24-year-old son of famous rapper Sean "Diddy" Combs.

It's not hard to see why Kourtney has her eye on this handsome fella.

Quincy is one seriously good-looking dude...

Did we mention he also rocks a man bun from time to time?

And he's not afraid to show the world he loves his mama.

Aside from being seriously good looking...

And he constantly slays the street style scene with his swagged-out ensembles.

Plus, his hair game is always hella strong.

The two were seen enjoying a romantic dinner at Scott's favorite restaurant on Wednesday.

If you ask me, there's no better way to get revenge on your assh*le ex than that.