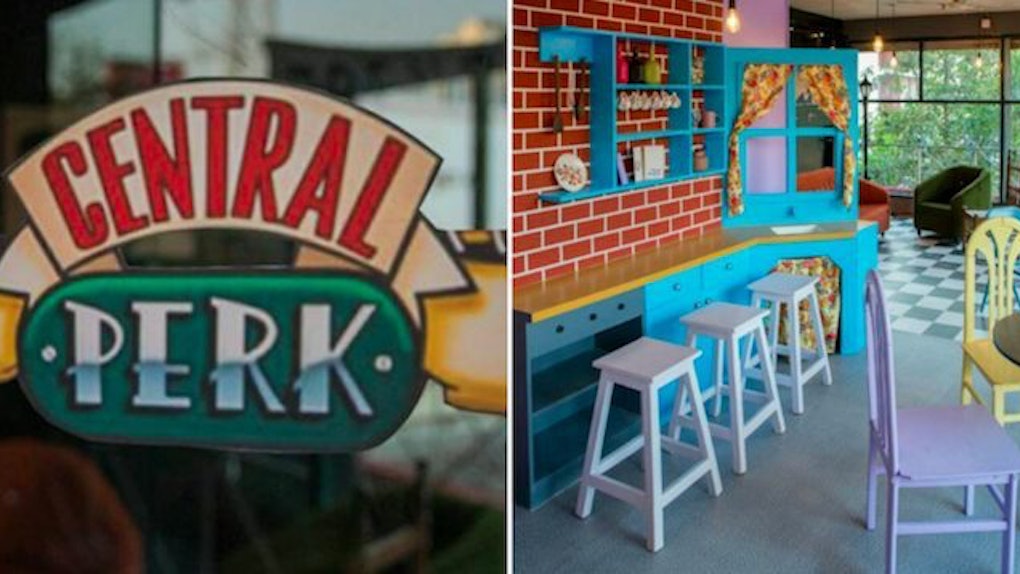 If you're one of those people that still can't get enough of “Friends” after all these years, you're going to like this.

A brand new Central Perk lookalike has popped up, and for a tiny independent cafe, it absolutely nails it.

Blending retro props that look like they've come straight off the '90s set with little quirks hardcore fans will love, the owners have done a great job.

So let's have a look inside.

It's got the classic orange sofa, of course, and some classy “Friends” artwork hanging on the wall.

I'm a big fan of this sweet chalkboard, featuring quotes from the show that I can remember like it was yesterday.

Including “Joey doesn't share food!” and “How you doin'?”

It also incorporates Monica's apartment, because why not?

Could it BE any more of a “Friends” paradise?

It's crazy that the iconic show finished 13 years ago.

Just think, if you go to this cafe your life could be just like the guys from “Friends,” except you'll never be unemployed but somehow able to afford an apartment in Manhattan (cough, Joey, cough) and the coffee at Central Perk will probably cost three times as much as it did in the '90s.

Oh, also, new Central Perk is in India. Did I mention that?

Because life isn't fair, if you're a “Friends” superfan you'll need to go all the way to Pune to sit in a cafe that resembles the place where the gang shared so many memories.

It's run by student Preetam Kirad and his sister.

He told BuzzFeed his cafe is a place where fans of the cult show can hang out and enjoy all the resemblances to the original Central Perk.

It's time to start saving up for your plane ticket to Pune.