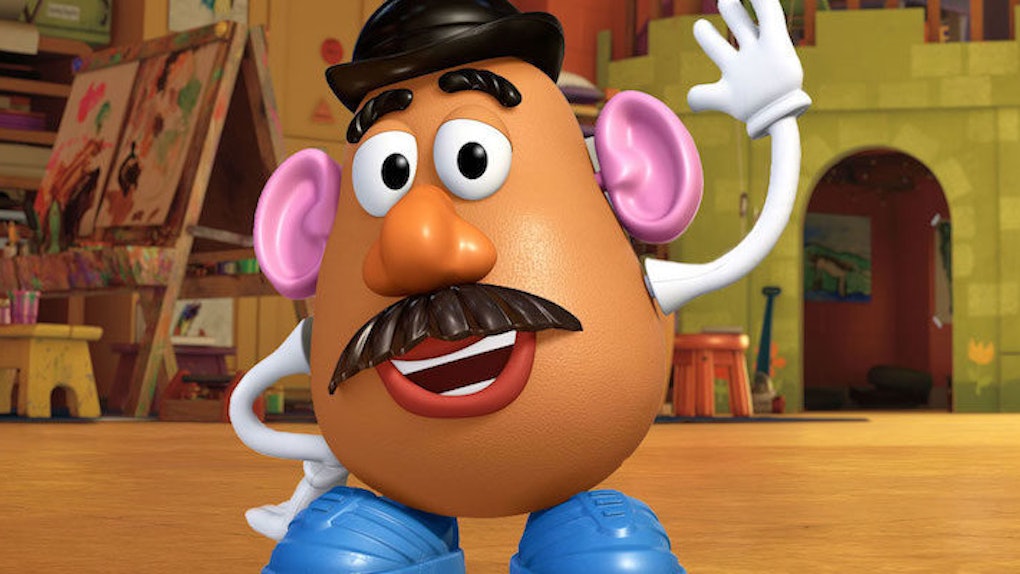 This Question About Mr. Potato Head In 'Toy Story' Will Mindf*ck You

A simple yet beautiful tale of abandoned toys and childhood lost, right?

WRONG. Turns out, "Toy Story 3" had some freaky, existential sh*t going on behind that heartwarming tale.

A user on Sheeky Forums pointed out the scene where Mr. Potato Head puts himself together on a tortilla is hella messed up, man.

Apparently, Mr. Potato Head doesn't need his body to be a functioning being? SO WHERE IS HIS BRAIN???

The Internet is freaking out. WHERE IS HIS BRAIN, DISNEY-PIXAR? His eyes? His handlebar mustache???

Some people are putting their money on the bowler hat.

Some question the nature of living toys themselves.

Other people think it all makes perfect sense.

And some people think we really shouldn't think that hard about it.

Watch the horror unfold for yourself below.