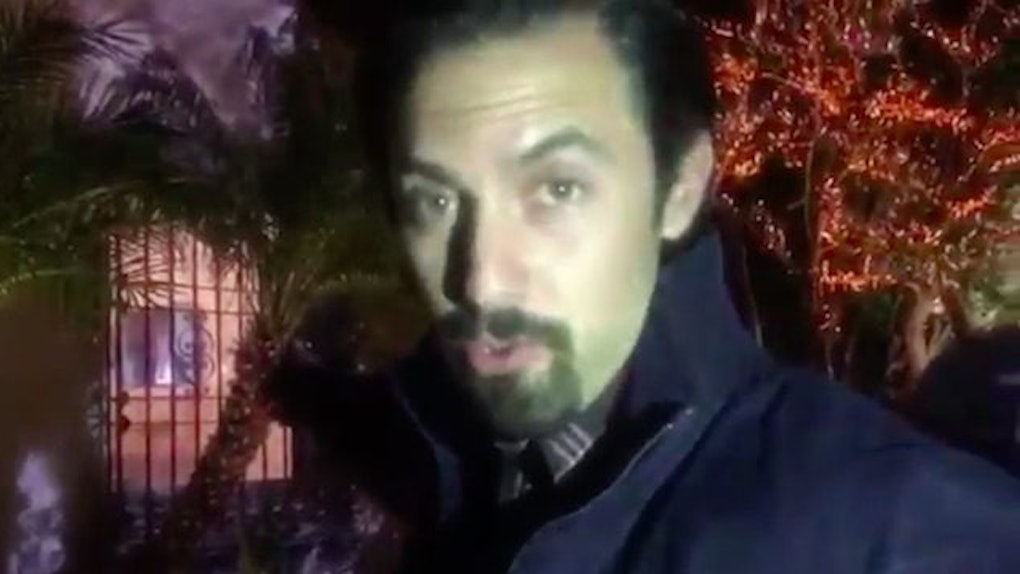 Milo Ventimiglia Surprises 'This Is Us' Fan At Home

Theory: Milo Ventimiglia is the best person of all time.

Evidence: This video of him surprising a "This Is Us" fan while the fan was watching the show in his own home.

Here's how it happened: The "This Is Us" cast was filming on location, when star Milo Ventimiglia (aka, Jack Pearson) noticed the people in a house next door were watching the show.

So, he decided to go over and knock on their door to surprise them.

Overlooking the fact it's kind of creepy Milo was peering into the windows of this family, the results are really sweet.

Milo posted a video of the whole thing on his Twitter, and the clip has gone viral.

In the video, Milo said,

This family, if you can zoom in there, is actually watching our show, and we're filming next door. We're gonna go knock on their door.

When the fan, whose name is Fred, answered the door, Milo said,

Obviously, Fred was thrilled to see the star of the TV show he was literally just watching magically appear at his door.

Yes, we're watching you guys! ... Let me take a picture with you!

Selfies were exchanged, and the young actors playing Kate, Kevin and Randall joined in, too.

Milo was pretty excited about pulling the whole thing off, saying to the camera,

This is Fred, and Fred is watching right now — look, there's Sterling, there's Mandy, there's Susan — and this is our buddy Fred right here! Fred was watching this show, we had no idea!

Is that not a "This Is Us" fan's dream come true? Jack Pearson just appearing on your doorstop to get some selfies with you?

I think I rest my case: Milo Ventimiglia is the best person of all time.