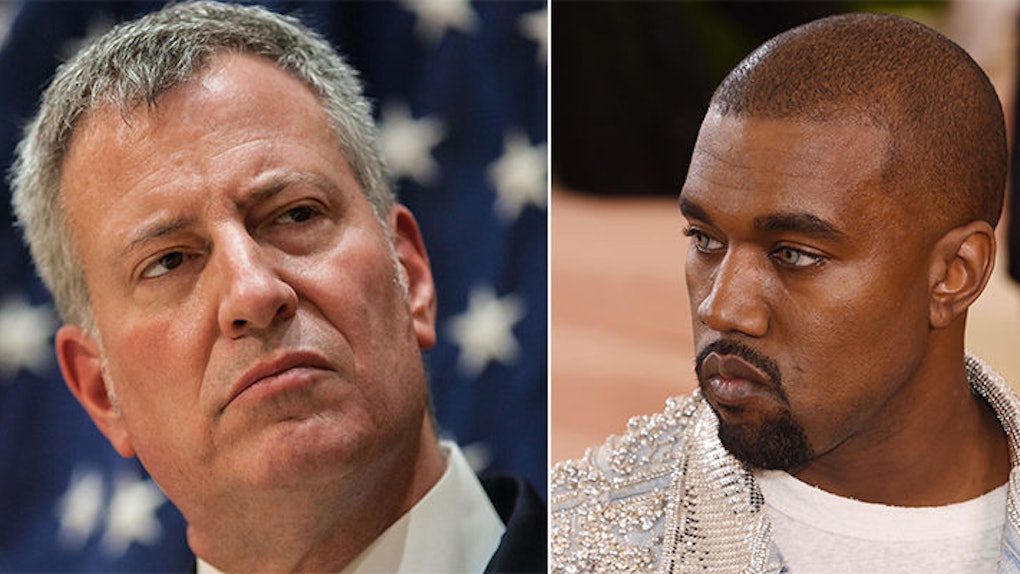 Hey y'all, thank you for meeting me on this street corner near this mountain of garbage.

I realize I could have picked a nicer spot — Central Park, the roof of Eataly, the High Line, South Street Seaport, that coffee shop near my apartment with the fat dog that sits outside and loves attention — but there's no time.

The FREAKING MAYOR OF NEW YORK who LOVES THE PEOPLE OF THIS CITY and WANTS US TO HAVE NICE THINGS is trying to get KANYE WEST on the phone.

Mayor Bill de Blasio tweeted at Yeezy and Kim Kardashian West in an effort to right the wrongs of Governors Ball 2016.

On Sunday, Kanye was slated to headline the final leg of Gov Ball before the event was rained out and music fans -- like this lady right here -- sulked around town all day.

The rapper attempted to organize a pop-up show at Webster Hall and several other venues, and this lady (still RIGHT HERE) briefly considered going.

As expected, the turnout was so insane the venue was reportedly forced to cancel due to safety concerns.

Now, de Blasio and wife Chirlane McCray are hoping to convince Ye to appear at a New York block party this summer.

Pablo himself can finally give the city the show we missed this weekend and benefit the children of New York.

IT'S A WIN/WIN KANYE. THERE IS NO DOWNSIDE.

If ANYONE has Kanye's number and can toss it de Blasio's way, please do. The people of New York are banking on this.