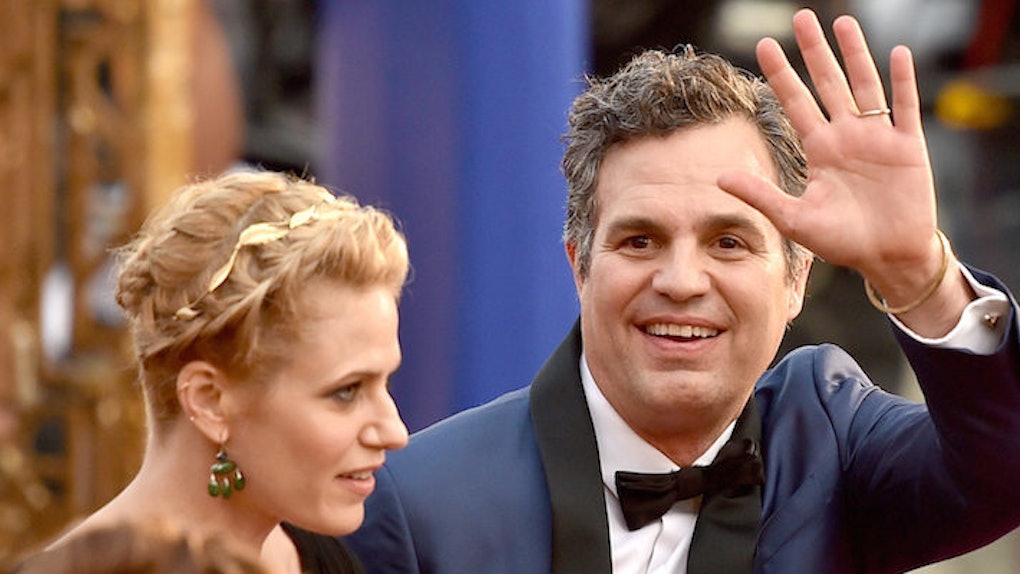 Mark Ruffalo Is The New Leonardo DiCaprio After The Oscars, Here's Why

Last night, Leonardo DiCaprio finally took home the Oscar for Best Actor after his fifth nomination in the category and did the world an incredible service by ensuring no one will ever have to hear another overdone joke about the series of snubs.

After Martin Scorsese took home an Academy Award for "The Departed" a few years ago, Leo graciously stepped in to fill the role of Most Underappreciated Academy Member, and now that he's gotten the recognition he deserves, the title must be passed to someone else.

That someone should be Mark Ruffalo.

In 2010, the gone-too-soon rap group Das Racist opened their song "Return to Innocence" with the following lines:

Last night, Ruffalo was in the running for Best Supporting Actor for his role in "Spotlight," an award most people assumed was going to be presented to the computer responsible for stimulating the neurons in Sylvester Stallone's brain.

I can't imagine how excited Ruffalo must have felt when he heard his first name come out of Patricia Arquette's mouth, nor can I imagine how much his spirits were crushed when it was immediately followed with"Rylance," who took home the award for his role in "Bridge Of Spies."

I haven't had the chance to see either of the movies the Mark Rs were nominated for, so I can't personally say whether or not this was the right decision. But after losing Best Supporting Actor for the third time last night, one thing is clear: Ruffalo deserves some recognition.

I'm willing to guess most people aren't that familiar with Ruffalo's filmography and given he's probably most well known for playing Bruce "The Incredible Hulk"  Banner in "The Avengers" movies, his roles in more serious (and lower budget) movies seem to get overlooked by the general public.

I'm also willing to guess a lot of the people reading this article were probably first exposed to Mark in "13 Going On 30," when he stole the hearts of moviegoers (and Jennifer Garner) by essentially playing a better version of Adrian Grenier's character in "The Devil Wears Prada."

Since then, Ruffalo's track record has been impeccable. In the past decade, he's played a prominent role in a number of critically acclaimed films including "Shutter Island," "The Kids Are Alright," "Foxcatcher," and "Zodiac" -- the last of which, in hindsight, he should have scored another Supporting Actor nod.

Much like Leo, Ruffalo has also taken advantage of the platform that comes with fame.

In addition to advocating for a number of social and environmental causes, he consistently chooses to star in movies that explore important and controversial topics: "Spotlight" tackled abuse in the Catholic Church and "The Kids Are Alright" and "The Normal Heart" both focused on issues in the gay community (he rightfully took home and Emmy for his performance in the latter).

Looking at past winners, you could make the argument the Academy traditionally awards Best Supporting Actor to older men who have essentially paid their dues.

By now, it's clear Ruffalo has paid his. I'm glad he got to celebrate with the cast of "Spotlight," but here's to hoping he won't have to wait as long as Leo did to get what he truly deserves.

Full Disclosure: The author of this article has a slightly unhealthy obsession with Mark Ruffalo.