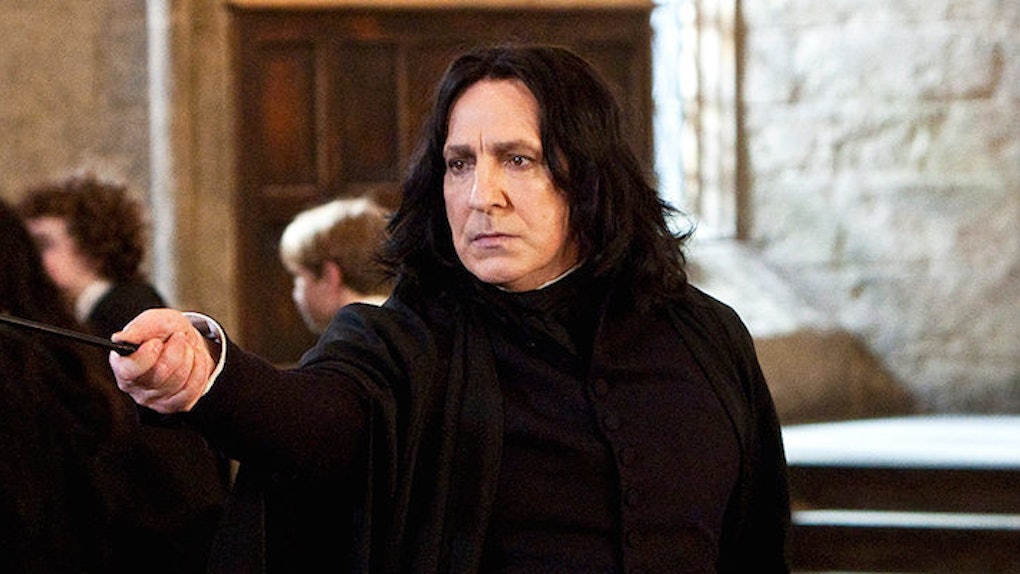 In the wake of Alan Rickman's death, fans began pouring into The Wizarding World of Harry Potter at Universal Studios Orlando, paying touching tribute to the man who brought Severus Snape to life.

The weeklong event set up by the group implores people around the world to join other fans at various times over the weekend at The Wizarding World to raise their wands in memory of the iconic British actor who died on Thursday at the age of 69.

A picture from one of these tributes was uploaded to Instagram, and it's absolutely heartbreaking.

A rose was placed at Severus Snape's door.

While a lily -- a homage to Snape's history with Lily Potter -- was laid in front of the Potions classroom.

This world and his fandom has been left a legacy of kindness, humor, wit, joy, self confidence, unconditional acceptance and pure positivity. Let's aspire to be as gentle as this giant and leave happiness and laughter as our legacies.

These tributes were far from the only ones that popped up around the globe honoring the late actor.

A memorial at King's Cross station by Platform 9 ¾ also popped up shortly after news broke of Rickman's passing.