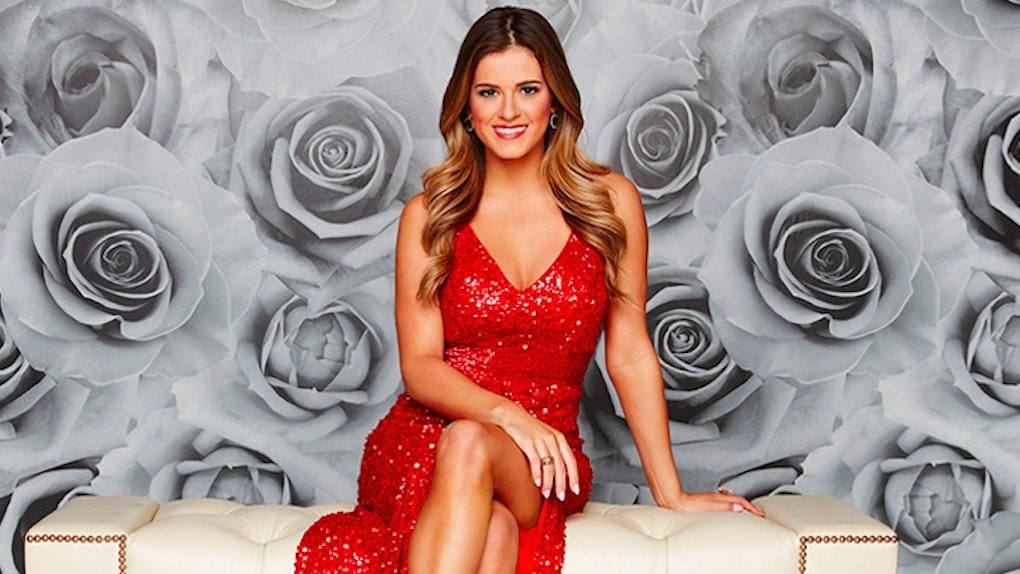 3 Important Life Lessons You Can Weirdly Learn From 'The Bachelor'

For those of you who were not aware, the 800th season of "The Bachelorette" started last Monday. This season looks like it might actually be the MOST DRAMATIC SEASON YET (or at least that's what Chris Harrison would like us to think.)

No but really, this season looks juicy and I am already hooked.

While I am a proud member of Bachelornation, I can still acknowledge the fact that pretty much every season is the same. You have the token drunk guy or girl that makes a fool of themselves at the first cocktail party. This season it's a lovely Canadian named Daniel. You also have the villain, who shows one face to the other contestants and another to the bachelor or bachelorette. It looks like meat head Chad is going to take over that role this season.

You'd think that after over 200 episodes of this show these people would start making better decisions, but I guess that doesn't really make for great TV. So while you are enjoying the awkward love songs and extravagant dates next Monday, also make note of the things you shouldn't be doing in the next relationship you get into. Put aside your feelings about reality TV for just a moment here, and consider the top three lessons you can learn from ABC's "The Bachelor."

1. If no one likes the person you're dating, there's probably a good reason why.

Every season, "The Bachelor" producers seem to find one guy or girl that America loves to hate. This person becomes an outcast in the house early on, hated by all the other contestants. The sad part is, this villain usually makes it pretty far into the season. For some reason, the bachelor or bachelorette chooses to ignore the warnings from all the other contestants, writing them off as completely ridiculous.

Eventually the chatter in the house cannot be ignored and the villain is confronted. In true villain form, they sweet talk their way back into the heart of the bachelor or bachelorette time and time again. They know exactly what to say to get back in good graces.

What you should take from this, is that if the people in your life don't like the person you are seeing, you should probably get to the bottom of it. Sometimes we get the wrong first impression of someone, but if multiple people continually tell you to watch out for them, you shouldn't just brush them off.

Every year there is that one guy who strips down and jumps in the pool, or the girl that starts to slur her words half way through the first cocktail party. While I can totally empathize with these people drinking their nerves away, it never works in your favor. The drunkest one at the party might make it past the first rose ceremony, but for the most part they are never the one left standing in the end.

This seems like it's pretty obvious, but don't let your drinks get the best of you. Sure, one or two drinks might help take the edge off of a first date. But if you need much more than four to feel comfortable with this person, maybe they aren't the right one. After watching almost every season of this show, I have to come to realize that the bachelor or bachelorette is just as, if not more, nervous than the 25 contestants. So keep that in mind before you chug your fourth beer.

3. Don't ever take yourself too seriously.

Whether it was Kaitlyn Bristowe's funeral themed date, or JoJo's power rankings date that just aired on Memorial Day, we can all agree that the dates on the Bachelor are outrageous. It's part of what makes the show entertaining; no one wants to watch someone go out to dinner with 25 different singles. So, while I doubt I will ever fly to the Golden Gate bridge in a helicopter on my next first date, there are some real people lessons here.

The people America like to watch the most, and the ones who usually end up with the proposal are the ones who can laugh at themselves and do not take these dates too seriously. Do you think the bachelor or bachelorette really cares if you are a good singer? Probably not. But what they do care about is that you can go with the flow and that you aren't afraid to try new things. Don't be afraid of making a fool of yourself on the next first date you have. One of the most attractive things in a person is their ability to laugh at themselves, so take that confidence and run with it.

Who thought you could ever learn anything from "The Bachelor?" Surprise! There's a reason that this dating show has lasted 20 seasons, and it's because at the base of it all, it deals with real human emotion and interaction. It showcases some of the most common mistakes that we all make in our dating and love lives, and sometimes seeing those mistakes from an outside perspective helps you learn how not to repeat them.

Even if you think this is all a load a crap, at the very least it's great TV and full of laughs and drama. So before you hate on Bachelornation, I dare you to tune in on Monday to watch JoJo try to find the love of her life.