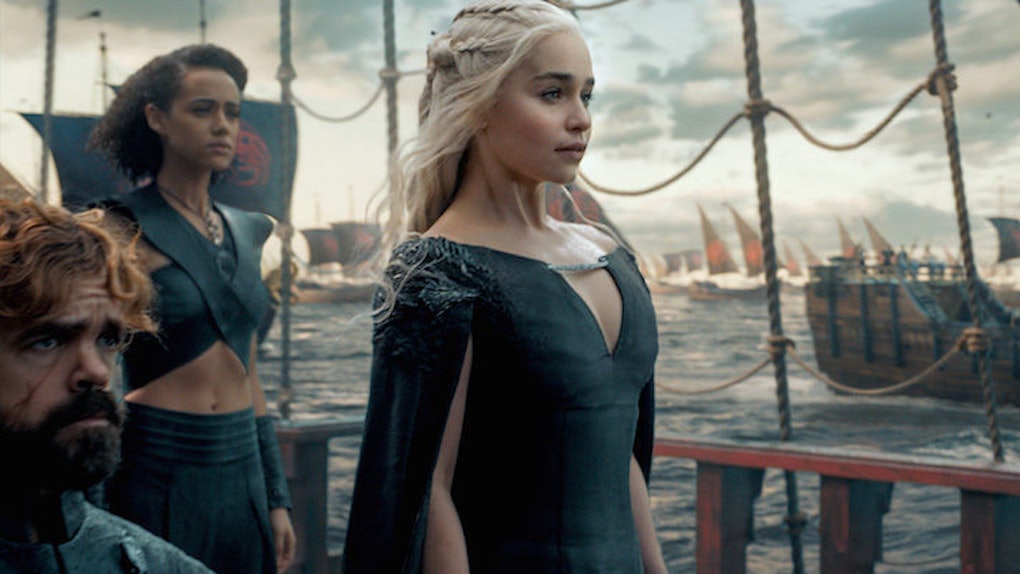 This has easily been the craziest season of "Game of Thrones" since we began the journey five years ago.

I have already re-watched the finale twice this week, and given I'm a person who hates repetition and can't even watch the same movie twice, that only means one thing: The finale was fucking epic.

As much as it was incredible, beautiful and emotional, it also contained a lot of lessons that we can apply to our lives over the course of the next nine months in anticipation of the show's return.

So without further ado, here are five life hacks brought to you by "GoT."

1. Resilience can take you places, my dear.

I mean, I can't be the only one who dislikes Cersei but, at the same time, also admires her. This woman has endured a lot. From being publicly shamed to losing all of her children and being stripped of everything she's ever known, the resilience Cersei shows in still managing to come out on top is inspiring.

I'm not telling you to light up some gooey green stuff and set a city ablaze, but what I am saying is no matter how many times you fall, you can always get back up. The choice is ultimately always yours.

Few things were more satisfying for me than watching Tyrion find his place and finally gaining Daenery's trust. The sense of purpose in Tyrion's face and the appreciation and gratitude he got in return from her recognition was moving.

I applaud him because he was able to serve her interests while she was gone and look out for her despite not knowing what the outcome would be -- all of which says a lot about his character.

We all need to be more like Tyrion. When it comes to friendships and personal relationships, sometimes we have to start from ground zero and show our loved ones we're in it for the long haul. If you genuinely care about them and have their best interests at heart, things usually come full circle. Although it may take some time, you can gain their trust and earn their respect.

I don't know what it is about Margaery, but watching her go down like that was tough. She just genuinely seemed like a good person, and in some alternate universe, I think we could be BFFs. (Given she just got incinerated, it seems highly unlikely that will ever happen, though.)

With that being said, there is most definitely one thing we can take from the whole kaboom situation: Trust your instincts.

How many times have you been in a situation you felt weird about yet decided to subject yourself to it anyway? If you feel like something or someone doesn't feel right, don't wait until the last minute to make a decision or remove yourself. Stop doubting that nagging feeling and, instead, trust yo' self.

4. You can overcome anything.

JON SNOW>LIFE. I mean he owns life. He died, yet he managed to come back to life sexier than ever and even become king. We could all stand to take a page from the book of Mr. Snow and realize we can accomplish anything.

It doesn't matter where you start as long as you begin your journey on the right foot and remember always to stay true to yourself. Despite everything Jon has been through, he doesn't stray far from his core values and beliefs, which is how he climbs to the top.

5. Be grateful for what you have.

The one quote that stuck out to me the most in the finale was when Sansa said,

I only thought about what I wanted not what I had.

My heart goes out to Sansa because she has endured a lot, but in that precise moment, I saw a lot of my younger self (and occasionally my current self) in her. Of course, I haven't witnessed or gone through the atrocities Sansa has, but I have grown up in a position and place where I have been fortunate enough to have a roof over my head, food on my plate and so many other luxuries.

We are a generation that gets so caught up in the things we want versus appreciating the things we have. We take so much for granted.

So, if there's one life hack I plan to take to heart from this finale, it would be this one: to appreciate the beauty in the simple things we often overlook. It sounds silly, but just that minor shift in your perspective could open you up to a whole new world.