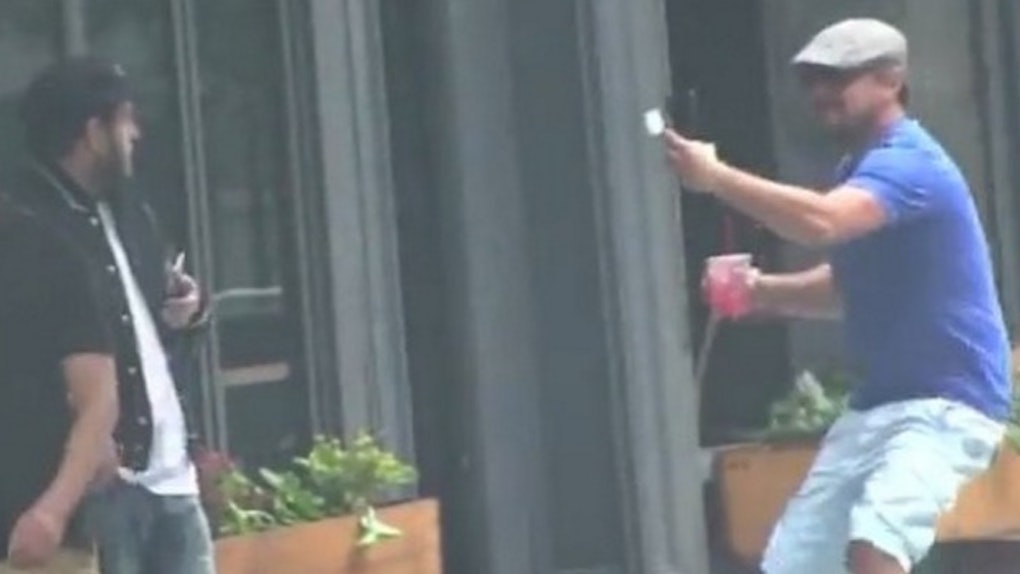 Leonardo DiCaprio surprised Jonah Hill in the best way, after he pretended to be a crazy fan earlier this week.

If that isn't the most effective way to spook your famous best friend, I'm not really sure what is!

Jonah Hill, 32, was standing around looking at his phone (likely playing Pokémon Go) in New York City's West Village neighborhood before DiCaprio, 41, ran up to him with his smartphone out, acting as if he were a crazed fan looking for a selfie with Hill.

At first, Hill has ZERO idea that Leo is the iPhone-wielding superfan. Leo's ambush was so unexpected that Jonah actually jumped a little to protect himself from the Kangol hat-wearing madman.

The best part? The entire encounter was captured on video.

After Jonah Hill's rude awakening from Leonardo DiCaprio, the two hugged it out in true BFF fashion.

I mean, this was a REAL hug. No one hugs like this anymore. It's very, very rare.

But Leo needed to make up for scaring the crap out of Jonah somehow...

A hug and an Instagram video to cherish the memory will have to suffice!

Citations: Prank King Leonardo DiCaprio Scared Jonah Hill On The Street By Pretending To Be A Random Fan (BuzzFeed)