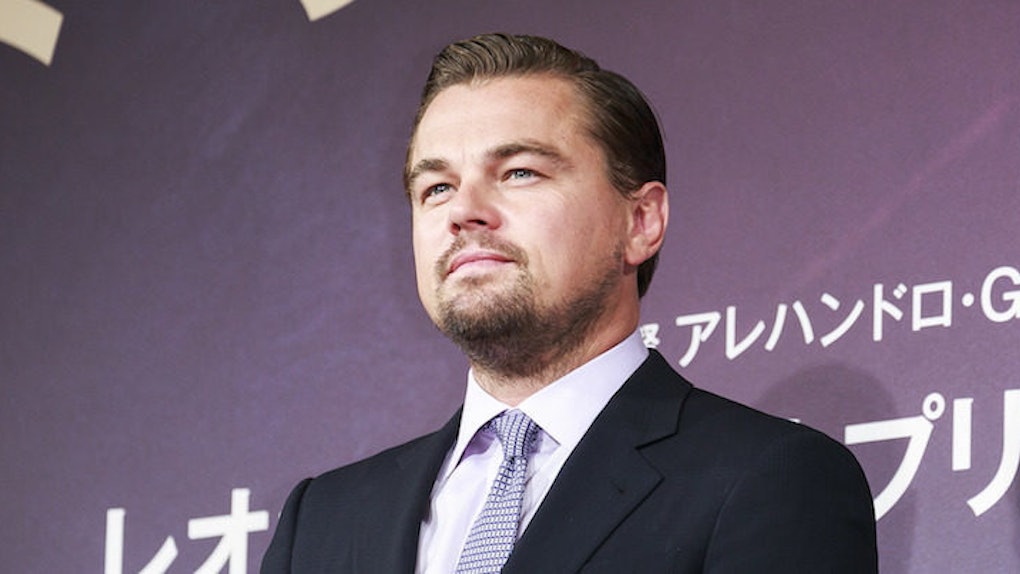 Leonardo DiCaprio Was Just Spotted With Yet Another Famous Model

Oh, WHAT A SURPRISE: Leonardo DiCaprio has been spotted with yet another famous, flawless model.

The Oscar winner went on a little weekend vacay in Montauk, New York, with the beautiful Nina Agdal. According to People magazine, the two aren't dating.

WEIRD, 'CAUSE THAT SURE SOUNDS LIKE A DATE TO ME.

This is Nina Agdal. It's like looking in a mirror, right? LOL, fuck my life.

Leo and Nina seemed to have a really fun time. They went to breakfast at Goldberg's Famous Bagels, and even visited the Montauk Point Lighthouse.

The fun doesn't stop there, folks. Nina and Leo – couple name: Neo – also reportedly went to The Crow's Nest store so that Leo could buy Nina a sweater.

WTF. IT'S LIKE 80 DEGREES OUT, LEO. WHY YOU BUYING HER A SWEATER? ARE YOU GUYS GOING TO AN AIR-CONDITIONED MOVIE OR SOME SHIT?

They were also seen at Up & Down club in NYC on May 24, so that's some juicy stuff right there.

I get so confused by Leo's love life because in early May, there were rumors of him dating 23-year-old model Victoria Lee Robinson. Well, I guess that lasted long.

SORRY, VICTORIA. LEO HAS MOVED ON.

All in all, I have no idea who Leonardo DiCaprio is actually dating right now. But frankly, I don't care unless that girl is me.